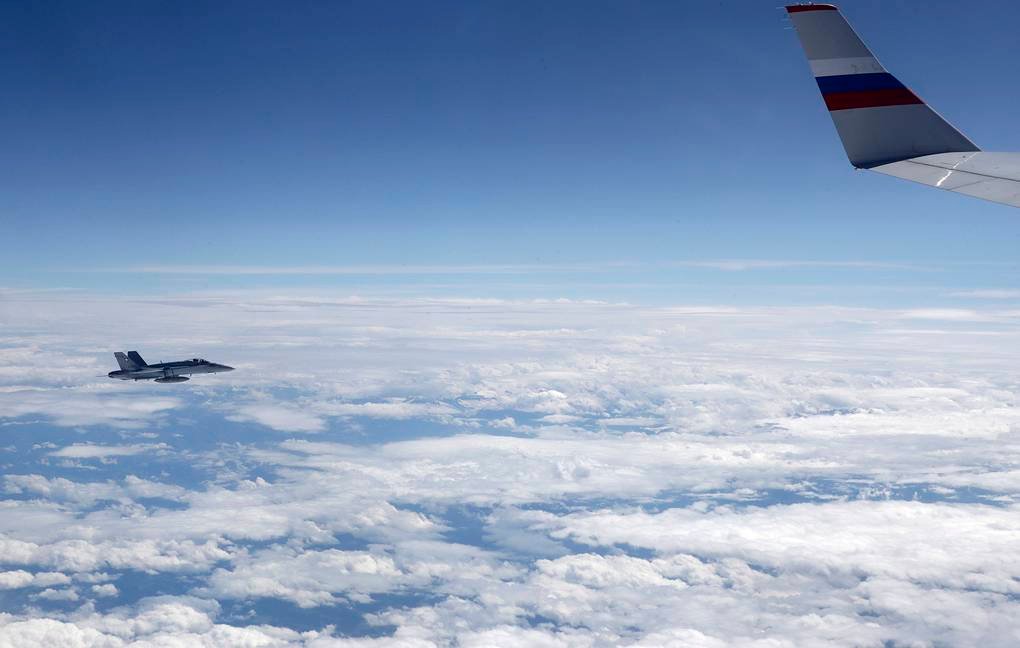 On board the Ilyushin-96 liner there were members of the Russian delegation going to France for talks between Russian President Vladimir Putin and French President Emmanuel Macron, including Russian presidential spokesman Dmitry Peskov and presidential aide Yuri Ushakov and a group of journalists.

When the plane entered Switzerland’s airspace, two fighters approached it on either side at an altitude of 10.6 kilometers. The fighters took turns to close up with the liner, at certain moments flying just several meters away from the liner’s wings and escorted it over the Swiss territory for some time to the border with France, where they turned away.

Swiss Air Force planes approached and escorted Rossiya Airlines planes in many instances in the past.