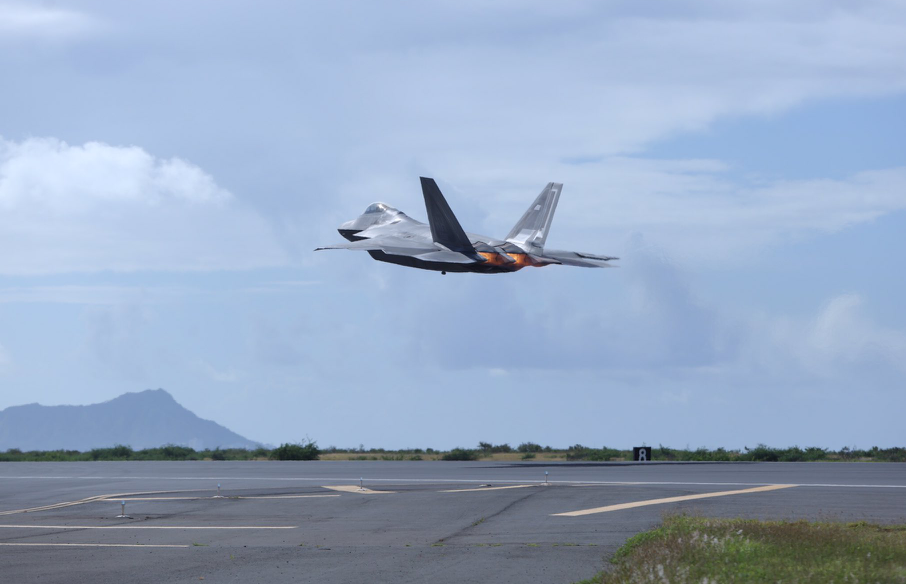 According to the U.S. Pacific Command spokesman, the fighter jets “escorted the airliner to the airport in accordance with homeland defense procedures. Local law enforcement responded once the civilian airliner was on the ground.”

“Due to a disturbance during the flight, the crew requested that law enforcement meet the aircraft upon landing in Honolulu,” American said. “American is in touch with federal law enforcement.”

One of the passengers on the flight has since posted video on Instagram that appears to have been filmed after the plane landed. It shows a handcuffed individual being taken off the plane by FBI agents.

The incident happened about two hours before the flight landed in Honolulu, according to the FBI’s Honolulu field office.

“A disturbance aboard a flight alarmed flight crew to the point where an off-duty law enforcement officer and others subdued a passenger,” the FBI office said in a statement. It confirmed the individual who caused the apparent disturbance was taken into custody when the plane landed.

Also, the FBI said passengers were escorted off the plane and interviewed as part of the agency’s ongoing probe into the incident.