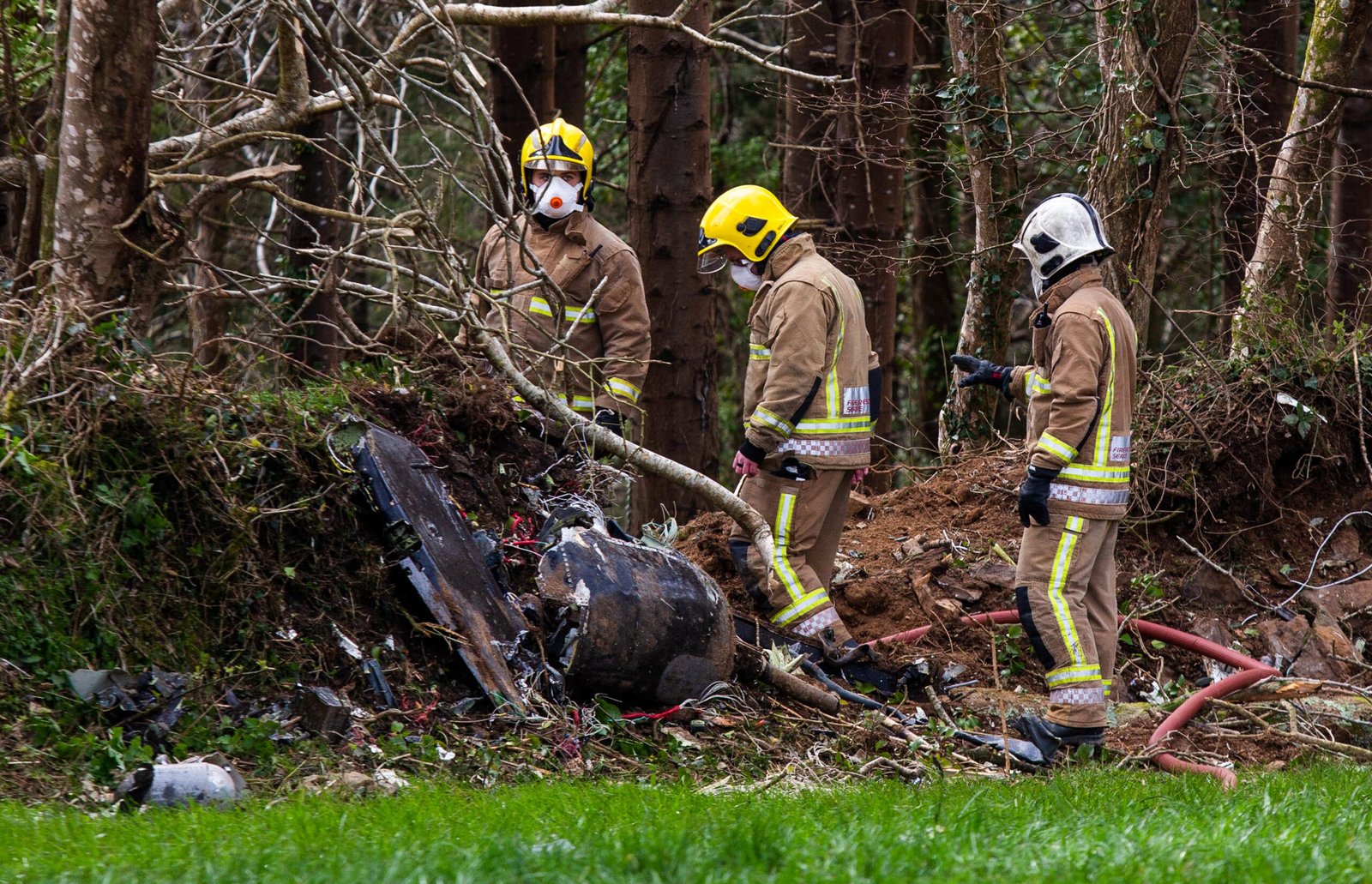 The Ministry of Defence is temporarily grounding all Royal Navy Hawk jets while investigating a crash during a training exercise that left two pilots seriously injured.

The crew from the 736 Naval Air Squadron based at RNAS Culdrose at Helston, Cornwall, ejected from the jet during the incident on March 25.

The two-seater Hawk T1, which is the same model of jet used by the Red Arrows, crashed in woodland in the St Martin area near Helston.

According to the MoD, they have now “paused” all Hawk T1 aircraft temporarily while conducting an investigation into the incident.

A spokeswoman said in a statement: “Safety is our paramount concern. The RAF has decided to temporarily pause Hawk T1 operations, as a precautionary measure, while investigations are ongoing.

“We will continue to review the situation as further information becomes available.”

The pilots, who were found about half a mile from the main crash site having safely ejected, remain in a stable condition “without significant injury”, Devon and Cornwall Police said.

The force said the crew were treated at the scene after ejecting and were then flown by air ambulance to Derriford Hospital in Plymouth.

Eyewitness Layla Astley said: “I saw the plane flying low over our house, I heard a clunking sound, it flew on over our fields and then there was a loud crack and we saw two pilots ejecting.

Police warned any members of the public finding debris from the jet that they should not touch it and instead contact the force.

Chief Inspector Pete Thomas said: “This continues to be a complex scene which has been managed by emergency services throughout the day.