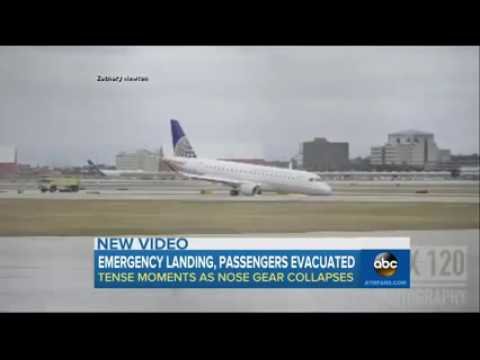 A United Express Embraer E175 had to make an emergency landing at San Antonio International Airport on Sunday at about 2pm.

The plane was on its way from Houston to Mexico when the crew reported landing gear issues.

Authorities said 55 people were safely evacuated from the plane via emergency slide.

San Antonio Fire Department spokesman Woody Woodward said there was only one minor ankle injury reported but the person refused treatment because she was concerned about making her connecting flight.

Skywest Airlines said Skywest Flight 5588, operating as United Express from Houston to Monterrey, Mexico, diverted to San Antonio after the crew got a gear indication.
Skywest says there were 51 passengers and four crew members aboard the Embraer-manufactured E175.