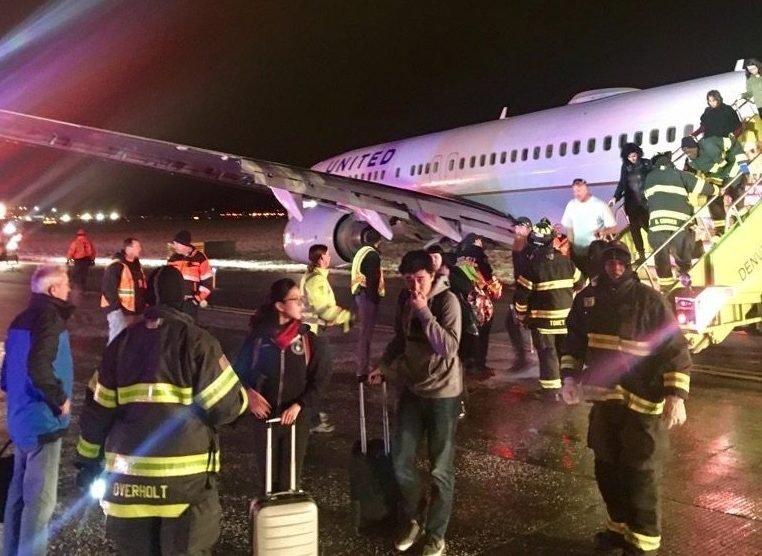 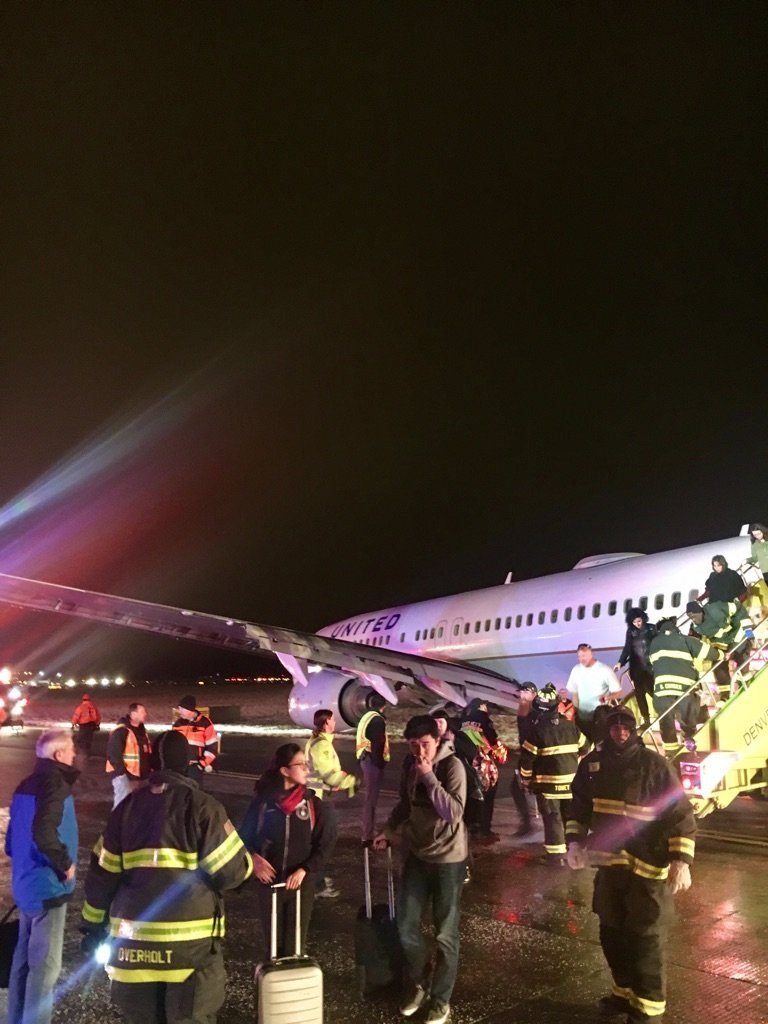 United Flight 1941 partially slid off the taxiway around 6:40 Saturday night.

An airline official said there were 85 passengers and six crew members onboard.

After being bused to the terminal, some passengers said they had to wait several hours for their luggage.