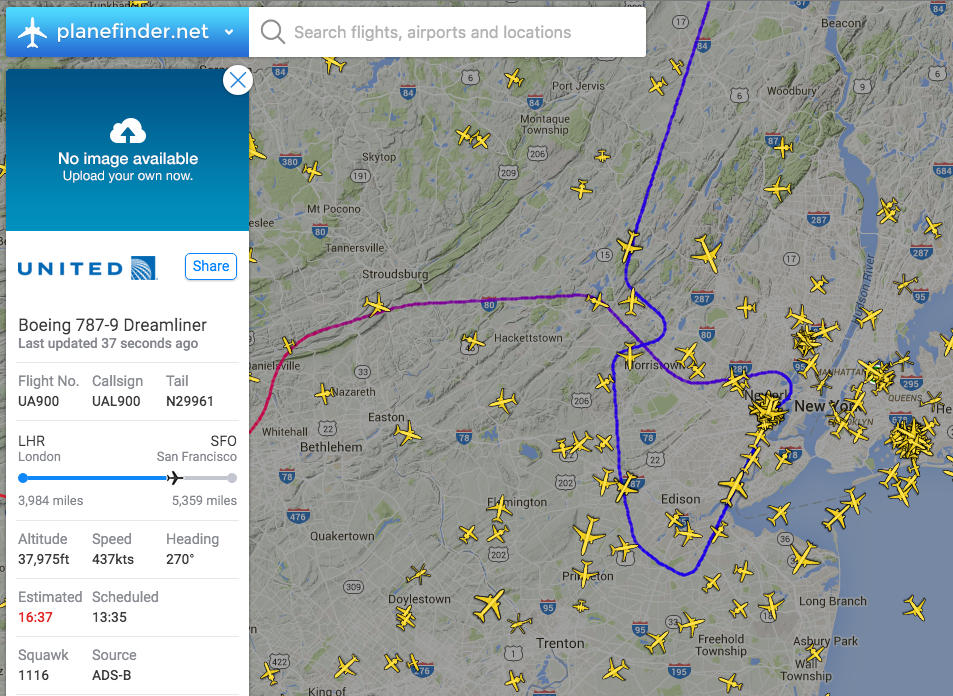 United Boeing 787 Dreamliner flight UA900 from London Heathrow diverted to New-York Newark airport due to copilot broken leg. He had broken it the day before, not during the flight. Pilots planned to fly to Newark as it didn’t have enough crew to fly to San Francisco according to regulations state to fly the distance to the west coast of USA.