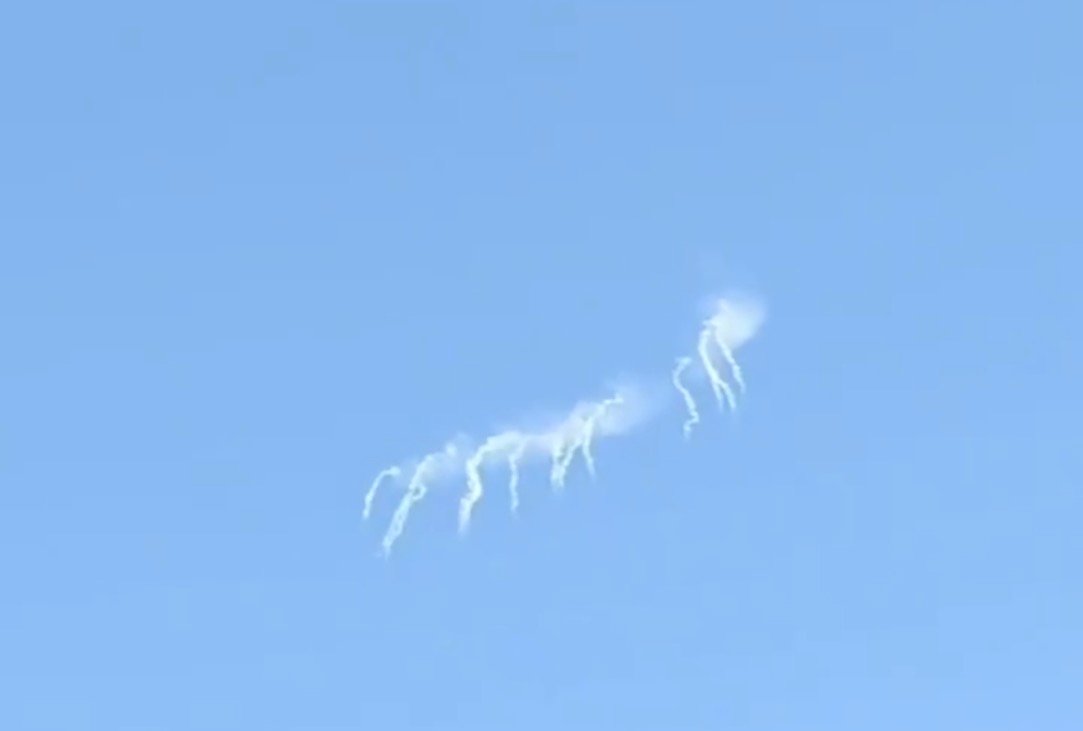 When a civilian aircraft strayed into forbidden airspace over an election rally for US President Donald Trump in Arizona on Wednesday, a US Air Force F-16 fighter jet was dispatched to warn it off, firing defensive flares to get the pilot’s attention.

On Wednesday, Trump traveled to Bullhead City, Arizona, for a political rally less than a week before the presidential election on November 3. While he was there, the Federal Aviation Administration (FAA) established a temporary flight restriction area (TFR) around the airport where the rally was being held.

When NORAD detected a civilian aircraft violating that restriction, an F-16 Falcon interceptor was dispatched to warn it off. With radio contact clearly not working, the pilot opted for a more visual method of communication, dropping a line of flares typically used to confuse incoming heat-seeking missiles.

​“Oh, look at that! Look, look, look! Whoa, look at that, they gave the president a little display,” Trump said during the rally, pointing up at the sky.

NORAD said in a subsequent tweet on Wednesday that “the aircraft was escorted out of the restricted area by the NORAD aircraft without further incident.”

However, the president and rallygoers thought they were fireworks of some kind.