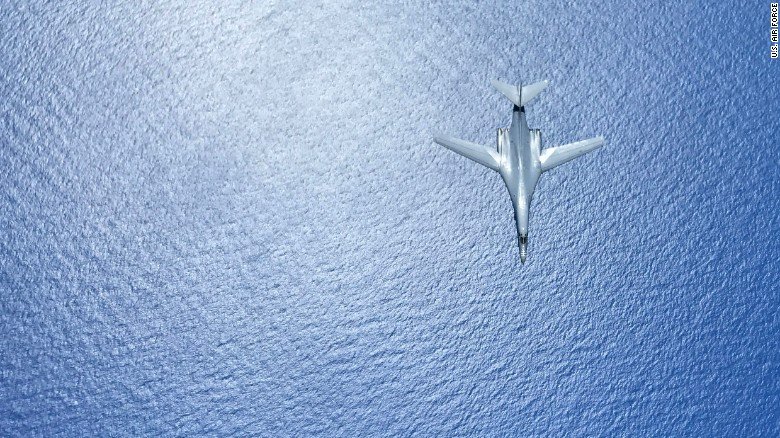 The US and South Korea have staged a joint show of force over the Korean Peninsula, two days after North Korea fired a missile over Japan.

The unprecedented combined maneuver involved the F-35Bs from Japan and the long-range bombers based in Guam as well as a squadron of four F-15Ks, it said.

They staged air-to-ground precision-strike drills against the North’s core facilities over the Pilseung Range in the eastern mountainous province of Gangwon. They used MK-84, MK-82 and GBU-32 bombs.

The Air Force characterized the training as a joint “air interdiction operation,” saying it showed the allies’ resolve to deal resolutely with the North’s provocation that threatens regional and global peace.