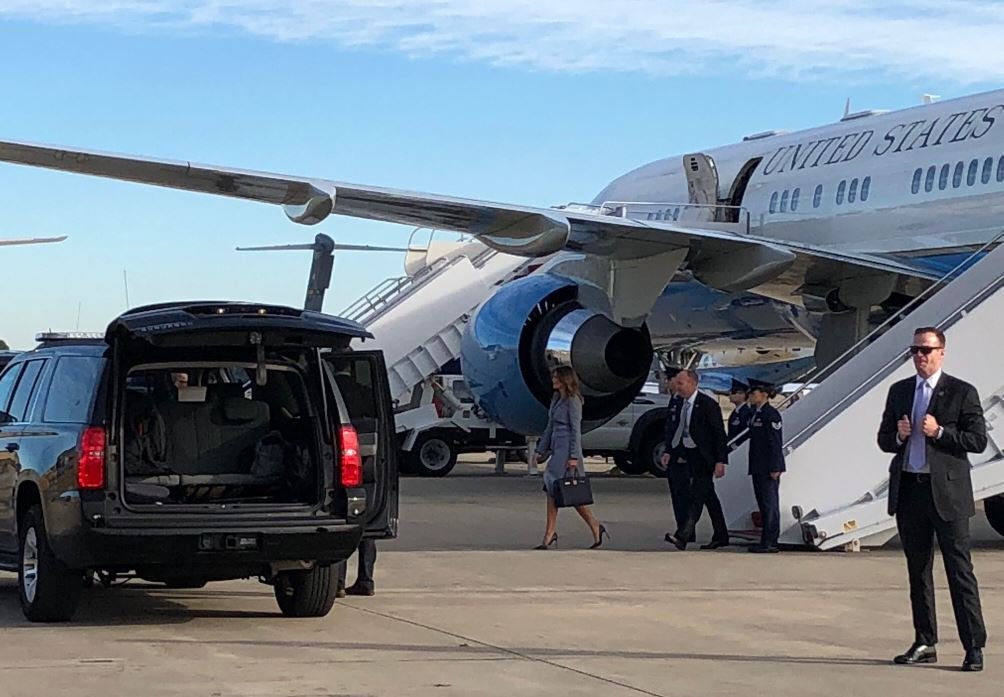 US first lady Melania Trump’s plane was forced to return to a Washington area military base on Wednesday because of smoke in the cabin.

According to TV reporters travelling with Mrs Trump, the flight was in the air for about 10 minutes when smoke filled the cabin, and then Secret Service agents rushed to the front of the plane.

A staffer for the first lady then announced the plane had encountered a “mechanical problem” and would return to Joint Base Andrews.

Mrs Trump had been scheduled to visit a Philadelphia hospital and meet with families of children affected by exposure to opioids while in the womb.

A second plane was made ready for takeoff within 50 minutes, and the first lady was on her way again.

It was not immediately clear what caused the problem.