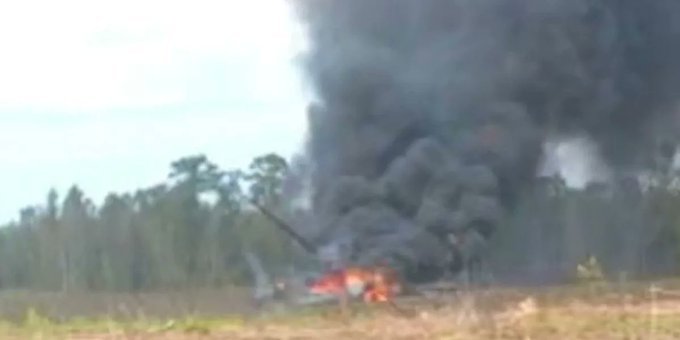 Officials from Marine Corps Air Station New River confirmed that one of their CH-53E helicopters was forced to make an emergency landing at approximately 2 p.m.

Four crew members were on board the military helicopter. However, all four of them aboard are safe, and no injuries have been reported.

The emergency landing was done as a precautionary measure. However, the reason for the landing is unknown at this time and the incident is currently under investigation.

Initial reports suggest that the helicopter was having engine problems and the crew decided to make an emergency landing in the field.

Once on the ground, all crew members on board were able to safely leave the helicopter before it caught fire.