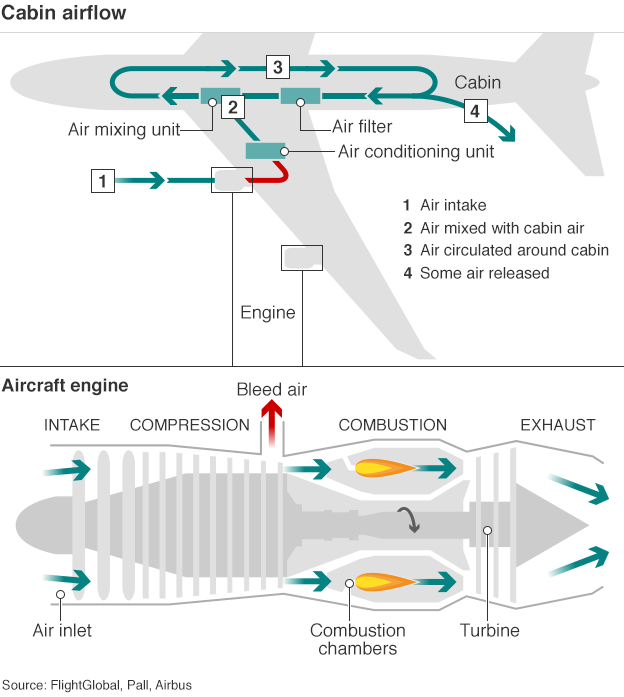 Seventeen former and serving cabin crew are planning legal action against British airlines saying they have been poisoned by contaminated cabin air.

The cases are funded by the Unite union which represents 20,000 flight staff.
Workers believe they have fallen sick after breathing in fumes mixed with engine oil and other toxic chemicals.
The Civil Aviation Authority (CAA) says incidents of smoke or fumes on planes are rare and there is no evidence of long-term health effects.
Take a read of the full story at bbc.co.uk/news
Watch Victoria Derbyshire for the full story at 9:15 on BBC Two and the BBC News channel and online at bbc.co.uk/victoria. 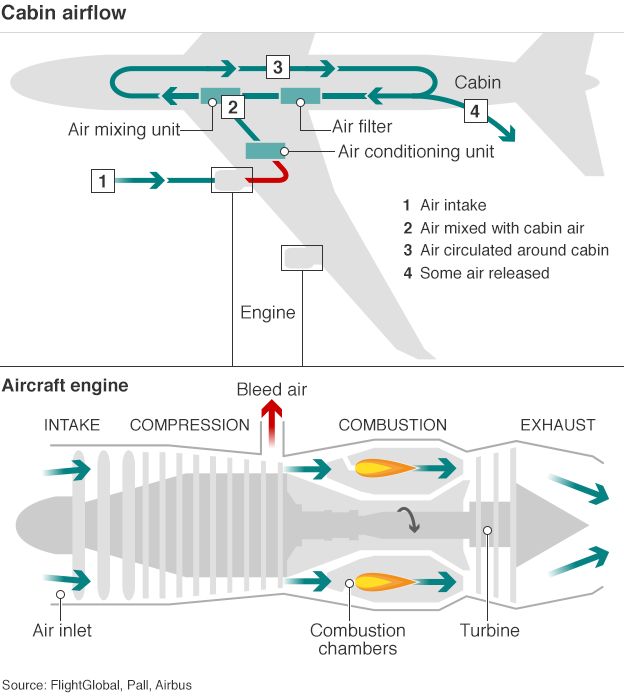