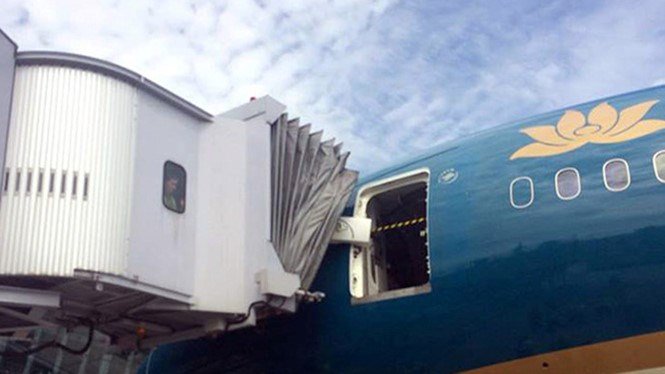 A Vietnam Airlines Boeing 787-9 Dreamliner had its front door damage after it hit a jet bridge at Noi Bai International Airport on Monday morning.

The incident happened as the aircraft, which had just arrived from the UK, was on its way to another gate for its next flight, according to a statement from the carrier.

Vietnam Airlines said it had to use another plane for the Ho Chi Minh City-bound flight. It departed at 1 p.m. on Monday, three hours behind schedule.