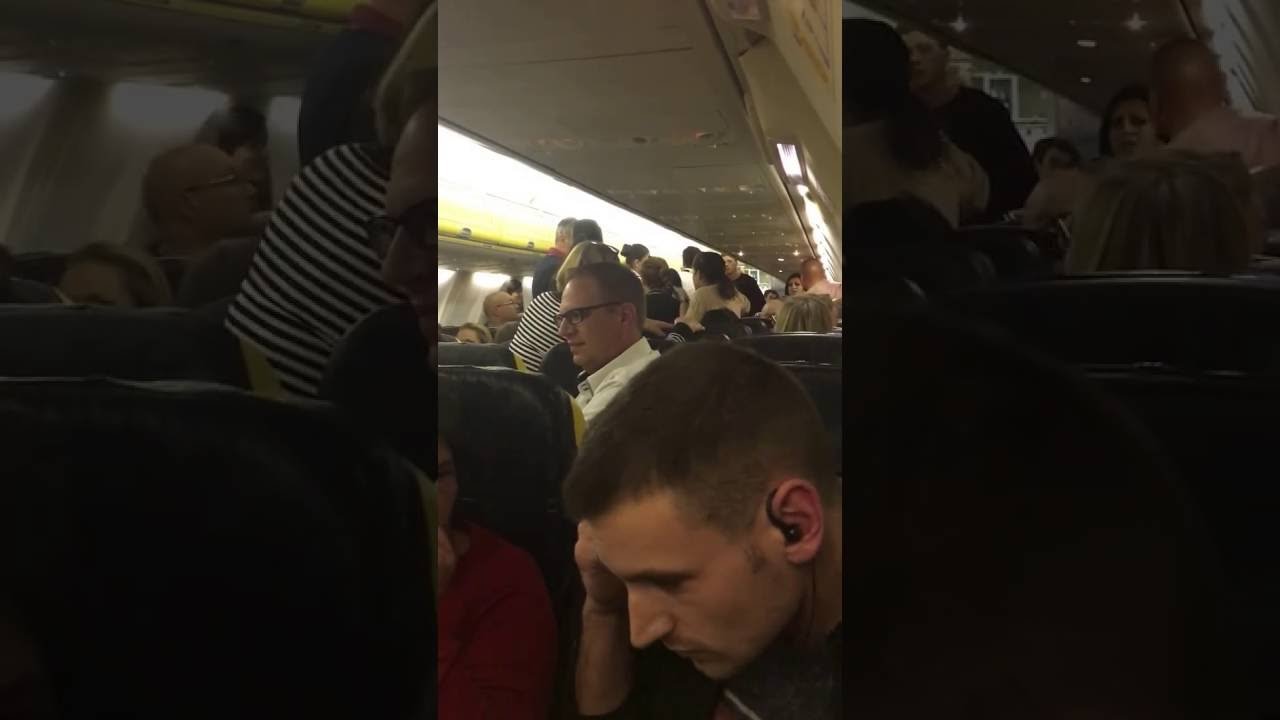 Passengers on a Ryanair plane from Brussels to Malta had a rough flight when a violent brawl broke out at 30,000 feet, forcing the pilot to make an emergency landing in Pisa (Italy).
A video of the punch-up shows the chaos on board the flight that resulted in an air hostess taking a slap to the face.

The footage was filmed by Tommy Engere, who described the brawlers as “gypsy-like. He said: “It started when an elderly woman moved seats and told me they’d hit her on the head then a huge fight broke out when two Belgian men tried to intervene. They were attacking everyone around them and one of the men even slapped a stewardess in the face.

The video shows the chaos on board as the large men punch each other in the enclosed space. Passengers can be heard screaming and urging the men to stop.

“They looked out of control as if they were on drink or drugs and the cabin crew did well to bring the situation under control,” Engere said. “They were eastern European – gypsy types – but spoke a bit of French as well, and were incredibly aggressive.”

The captain can be heard saying the fight was “not acceptable at all” before announcing the unscheduled landing.