ALERT Virgin Australia #VA1174 evacuated after a threatening note was found in the toilet, a man arrested 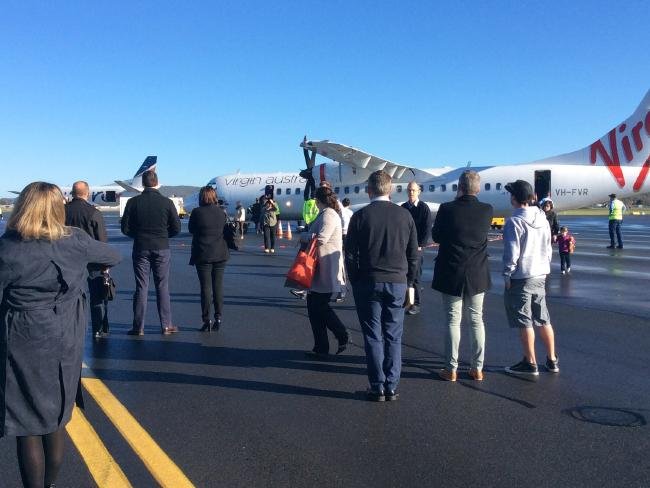 Passengers aboard flight #VA1174 were evacuated from the turboprop as soon as it stopped on the tarmac at Albury Airport about 9.30am on Tuesday.

NSW Police say emergency services were called after a note written on a sick bag was discovered in the plane’s toilet by another passenger as it approached Albury.

A 30-year-old man who was among the 42 passengers on the flight was arrested on the tarmac and taken to Albury Police Station.

He was later charged with sending a document threatening death or grievous bodily harm and giving false information.

The man was released on bail to appear in Albury Local Court on July 4.

AAP understands the note was just one word and suggested possible danger on board.