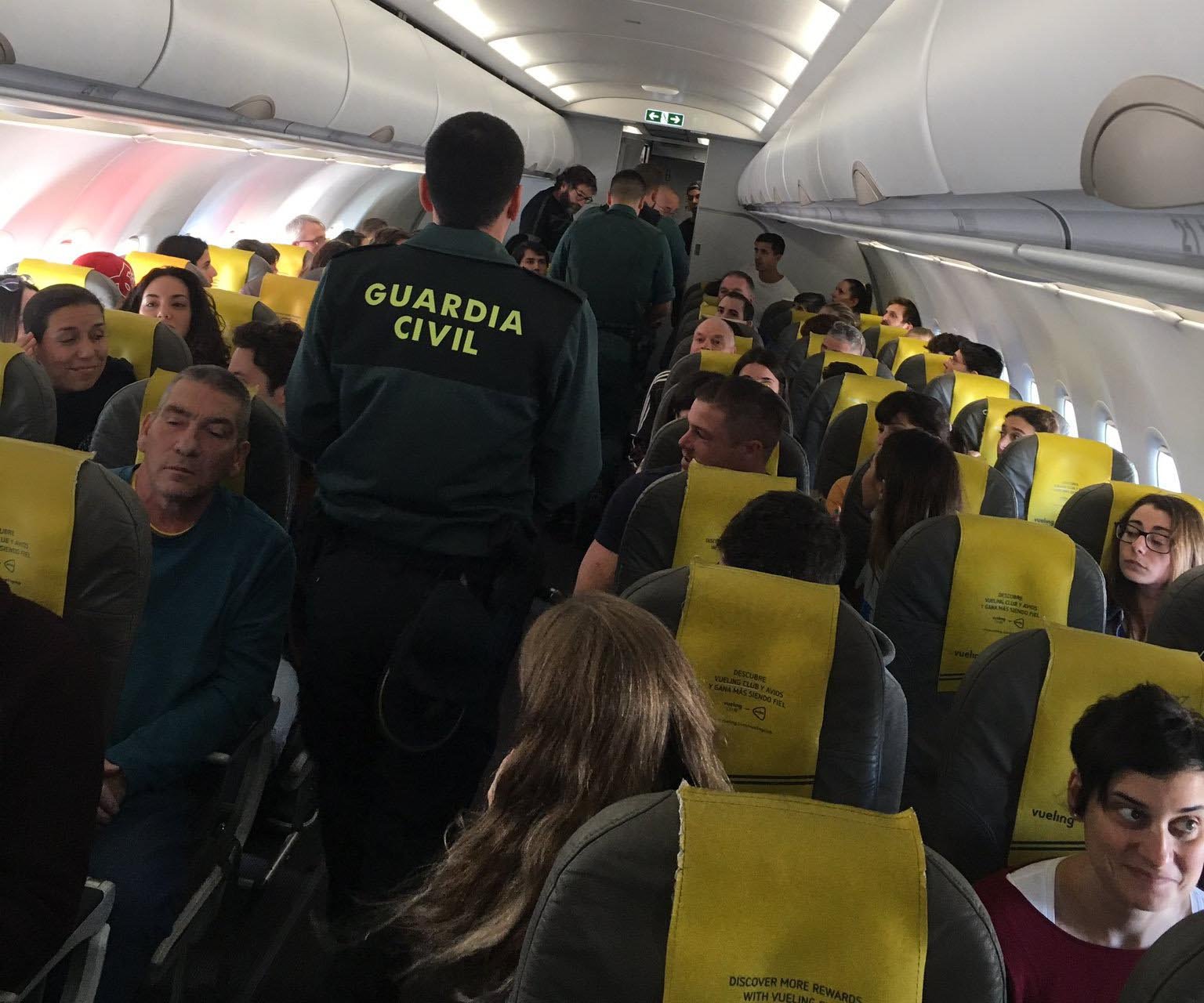 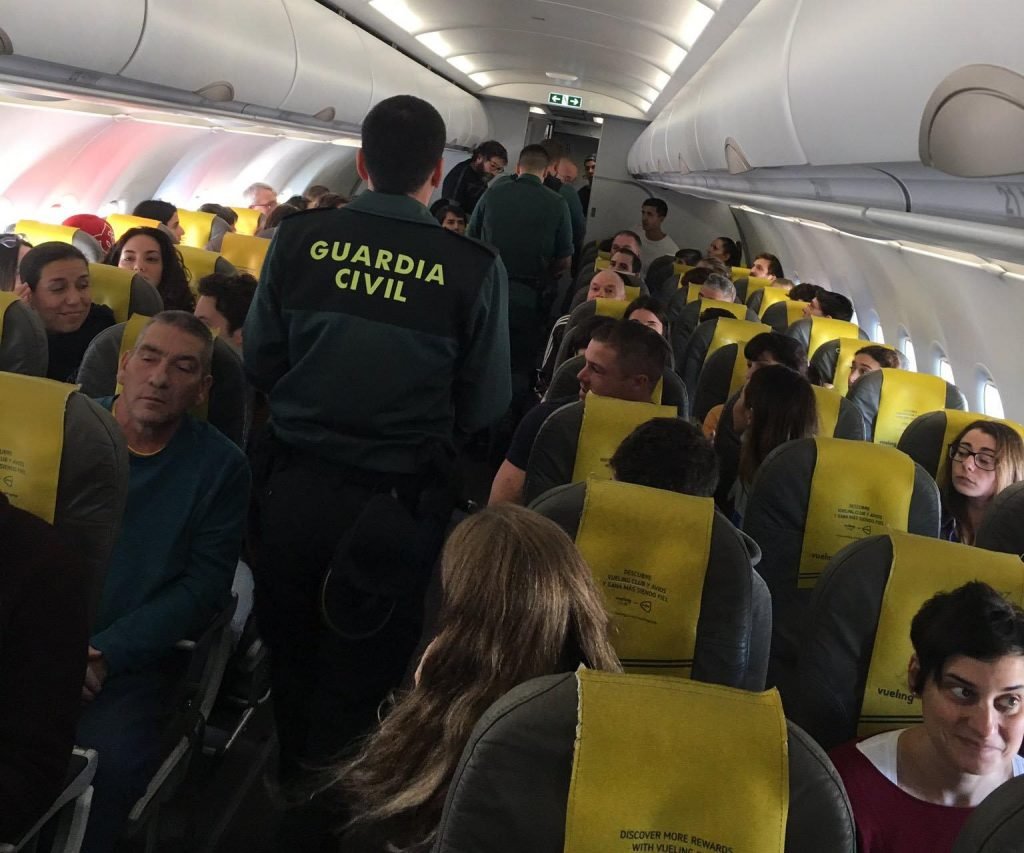 A flight has been evacuated after a man stormed on board without a passport or boarding pass.

Passengers were forced off the jet at Barcelona Airport as the intruder locked himself in the plane’s toilet when he was confronted by an air hostess.

The Vueling flight #VY8720 from Barcelona to Dublin was due to take off at 12.40pm but the chaos ensued after security is said to have been tipped-off that someone had boarded the plane illegally.

Police and security got word that someone had boarded the plane that shouldn’t have. The man ran into the toilet when he was questioned by the airline worker.

A flight attendant began asking everyone on the plane for their boarding passes and passports. Passengers began to panic then as they thought there was a bomb threat or something.

A spokeswoman for Vueling Airline said: “During the boarding process of flight BCN-DUB #VY8720 in Barcelona, gate agents identified a passenger trying to board this flight with a false passport.

“Whilst waiting for the arrival of the authorities, this person managed to run towards the aircraft toilet and lock himself therein.

“Vueling disembarked all passengers safely and proceeded to change aircraft so our customers were able to continue their journey to their destination.