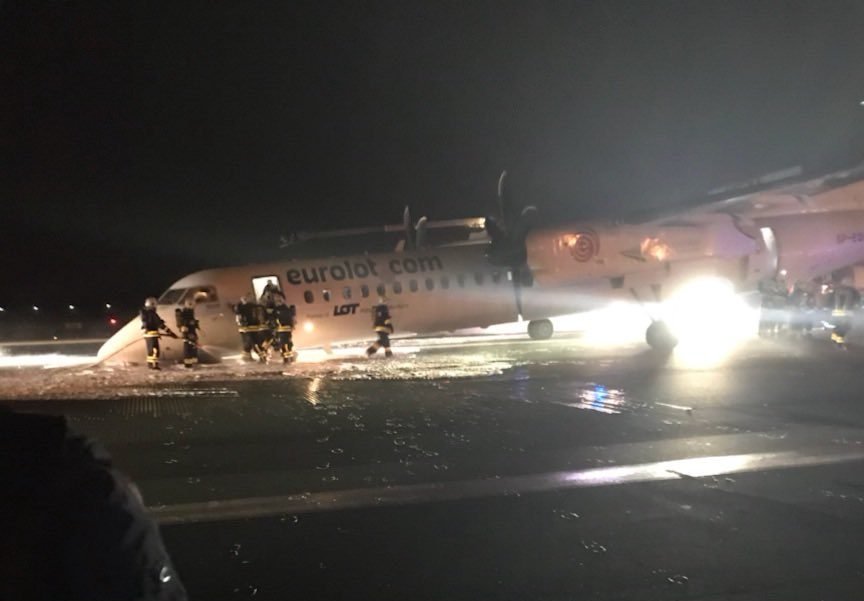 The aircraft with registration SP-EQG was flying from Krakow to the Polish capital, the pilots reported landing gear issues via ATC.

No injuries were reported, the flight was evacuated immediately after landing on runway 11 at Warsaw Airport at 19:18 local time.

Warsaw Airport remains closed until 22:30 UTC (23:30 local time), according to Eurocontrol. All inbound flights are diverting to other airports.

A similar incident with the same aircraft type and airline almost occurred less than a month ago when pilots of LOT flight #LO3844 were able to extend the landing gear just in the last moment.

In November 2017, a FlyBe Bombardier Dash 8 Q400 on flight #BE331 landed without front landing gear at Belfast Airport (BFS).