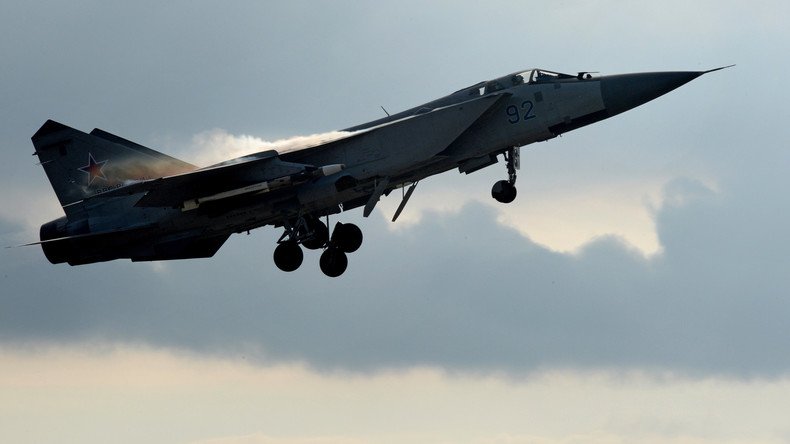 A Russian MiG-31 jet flew within 50 feet of a U.S. surveillance aircraft in Northeast Asia last week, Moscow’s latest aerial saber-rattling against American ships and planes, according to defense officials.

“On April 21, a U.S. Navy P-8 Maritime Patrol reconnaissance aircraft flying a routine mission in international airspace was intercepted by a MiG-31 Russian jet in the vicinity of the Kamchatka Peninsula,” Cmdr. Dave Benham, a spokesman for the Pacific Command, told the Washington Free Beacon.

A defense official familiar with the MiG-31 intercept said the jet flew within 50 feet of the P-8, a maritime patrol and anti-submarine warfare aircraft.

The incident took place near the Russian city of Petropavlovsk-Kamchatsky, a port located on the southeastern end of the peninsula.