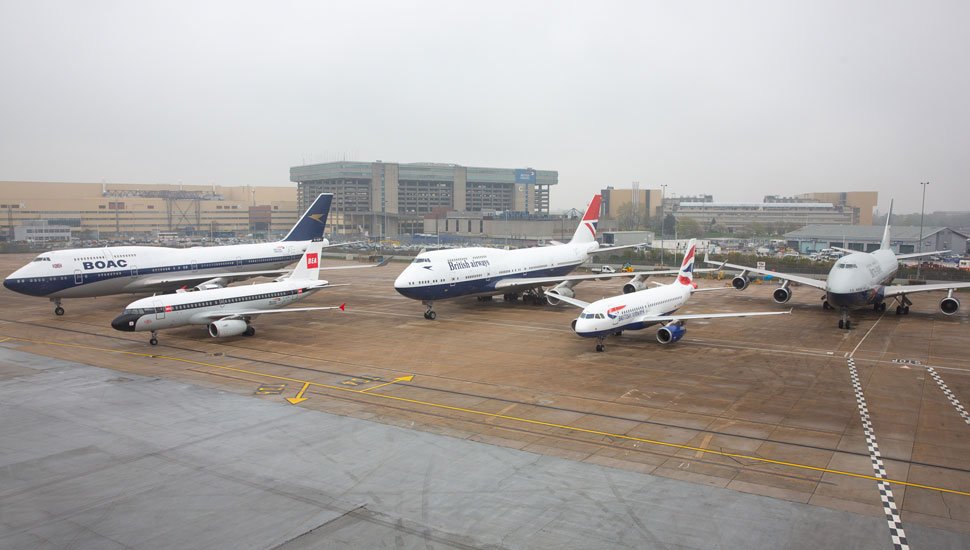 British Airways has brought together its four heritage liveried aircraft which were repainted to mark the airline’s centenary this year, alongside an A319 in the current Chatham Dockyard livery.

To capture the photo, the four heritage aircraft, which were in scheduled downtime and parked at the airline’s engineering base.