All You Need to Know About WiFi on Planes 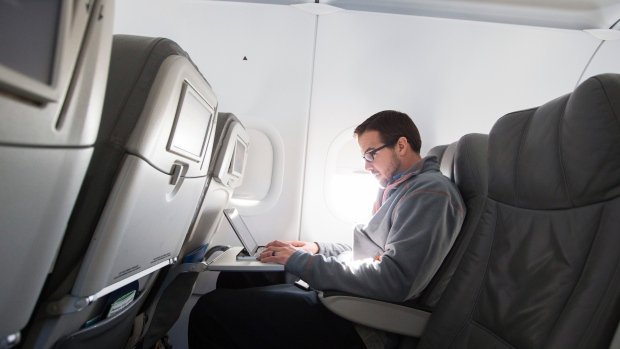 The benefits of WiFi are many. It’s a service that lets you connect to your favorite apps and websites, lets you use various services and you get what you’re looking for in no time. Almost every hotel and café have their WiFi router that guests and visitors can use. Recently, the internet was made available in the air. Not literally, of course. It was made into a service while you are on a flight.

Since airlines like to make their passengers’ flights as comfortable as possible they have utilized several tech trends, including WiFi. They already had built-in TVs so why not bring the internet onboard as well? Instead of dozing off or reading a book you can log in to your Netflix account and catch up on your show. If you’re a sports fan then you might want to watch a game of basketball or a tennis match. Sports enthusiasts also like to place bets on matches you can do some betting online while on a flight thanks to WiFi. You can also listen to music, have a gaming session and do other things to kill your time while waiting to get to your destination.

The in-flight WiFi option is popular in both Europe and the USA, but the latter is way ahead of European airlines. Some European airlines that offer this option include Air Berlin, Monarch, and Norwegian Air. Usually, you can be offered WiFi for an additional amount of money. The problem with this convenience is that it’s pretty expensive. Passengers might be feeling that they’re getting ripped off, but there’s a pretty good reason why the option is so damned expensive.

Merging a WiFi antenna to a plane’s system can be tricky. The antenna also affects the aircraft by increasing drag which costs the company more fuel. That’s why companies make you pay more. Some of them combine their services in packages in an attempt to make it a bit more affordable. Despite being expensive, WiFi on airplanes is going to become more popular in the future because it will become a necessity for everyone.

If having WiFi on planes is good for passengers because it gives them more options on how to spend their time and good for airline companies because it makes them more money, then why is it so slow? There are many reasons why WiFi on wings isn’t as fast when it’s on land. The obvious reason is that the same WiFi is offered to 200 people on a plane. As internet-connected devices are becoming more common the number of WiFi users will increase. Fortunately, there’s the technology that can solve this problem, but there are other issues to consider first. Every WiFi router needs to have a certificate to be used onboard. Moreover, to install the system a plane has to be taken out of service for 2-3 days which is bad for companies since they lose money because of losing flights.

The good news is that technology is always on the rise so a solution to the WiFi problem will present itself. In fact, in 2017 in February 2017, Inmarsat tested the European Aviation Network successfully. This network will allow a cheaper and better WiFi connection to many airlines.