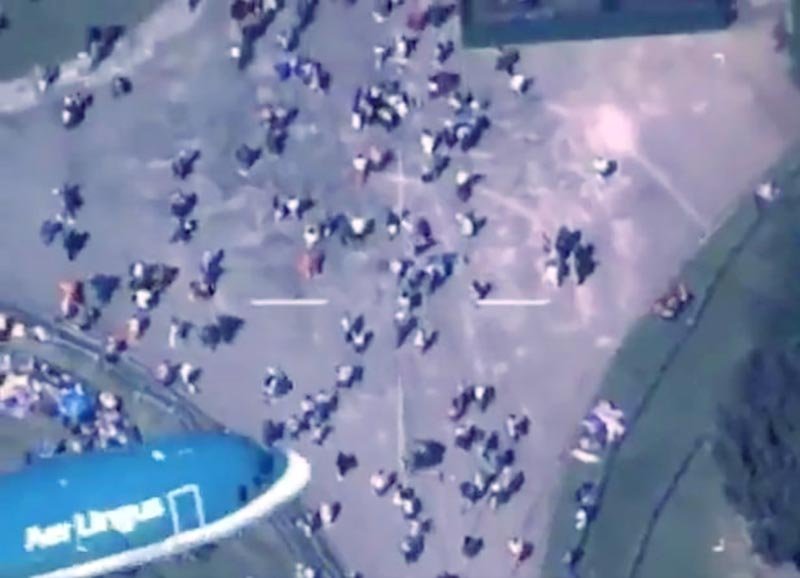 A policeman using the force’s helicopter to monitor crowds at Windsor ahead of the royal wedding got a shock as a huge passenger jet flew underneath him.

The amazing footage caught the plane as it few directly under the National Police Air Service’s (NPAS) chopper on Saturday morning.

Taking to twitter the NPAS spokesman wrote: “In case you missed it, here’s the moment @AerLingus photobombed the #RoyalWedding yesterday and gave our cameraman a shock!”