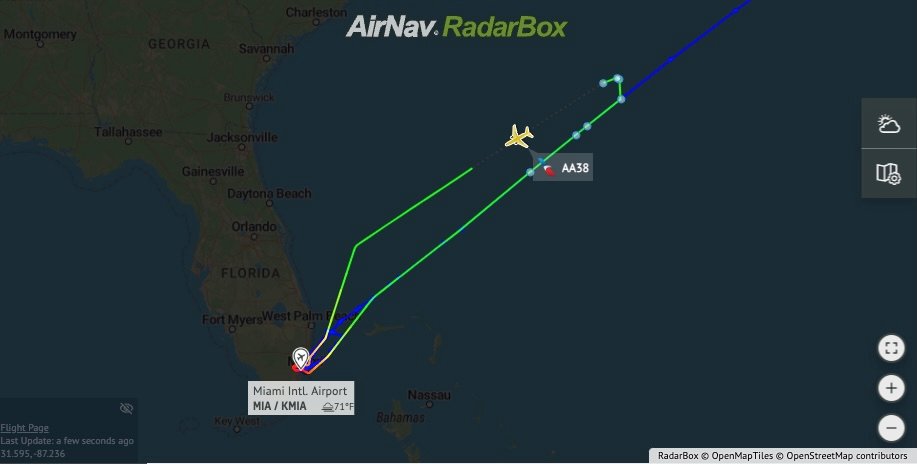 An American Airlines London-bound flight from Miami was forced to turn around Wednesday night after a couple refused to wear their masks.

Flight 38 was about an hour and a half into its flight to Heathrow Airport when it circled back and returned to Miami International Airport.

Publicly, American Airlines is only saying the flight returned “…due to a disruptive customer refusing to comply with the federal mask requirement.”

The decision not to continue with the flight was made because they did not want to fly another 7 hours with passengers who are disruptive and non-compliant.

American Airlines issued a statement
“due to a disruptive customer refusing to comply with the federal mask requirement,” American said in a statement. “The flight landed safely at MIA where local law enforcement met the plane. We thank our crew for their professionalism and we apologize to our customers for the inconvenience caused.”

Many on the plane had no idea why it returned to Miami.

The traveller was banned from flying with the airline pending an investigation, the airline said.