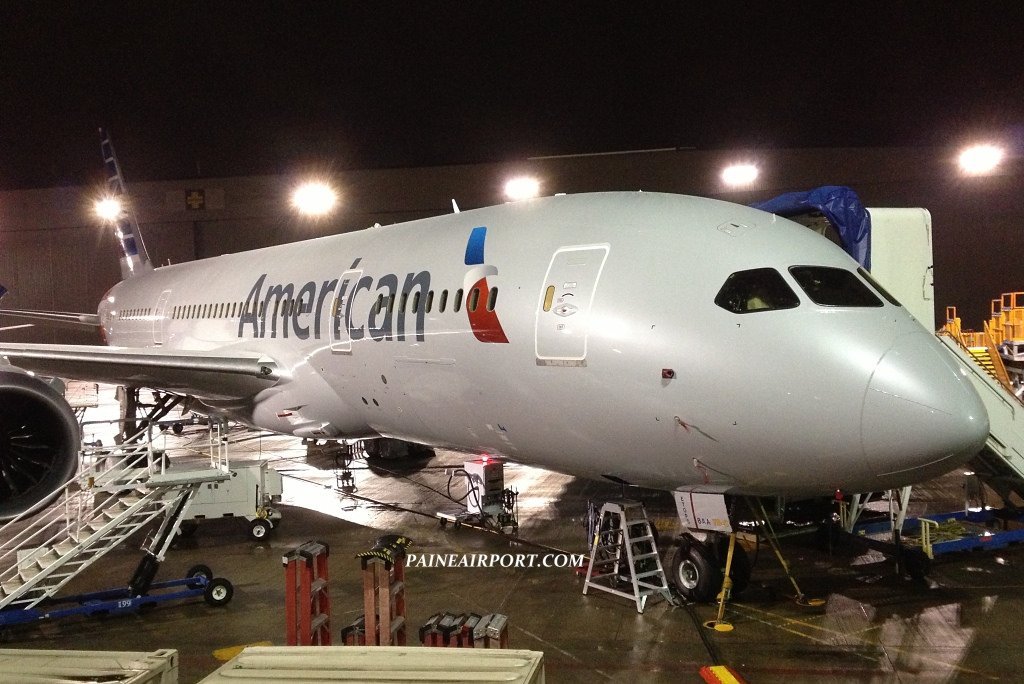 American Airlines has taken delivery of its first Boeing 787-8, being the second airline as the operator of the Dreamliner in the USA, after United Airlines.

The airline took delivery of the aircraft, registration N800AN with construction number MSN40618 and line number 241. The aircraft left Boeing’s base Everett on 22nd January and arrived to Dallas, the airlines base today.

American will be introducing the 787 on domestic routes for the moment, likely between its main hubs in the second quarter of the year before beginning to its popular international routes.

The carrier planned to take delivery of the aircraft in November but delays with the seats bad delayed it to this year. The delivery of the 2nd 787 was expected before the new year but will be likely to occur in the coming weeks.