American Airlines plane, with Hillary Clinton on board, returned to gate at LaGuardia Airport, after smoke was noticed by pilot 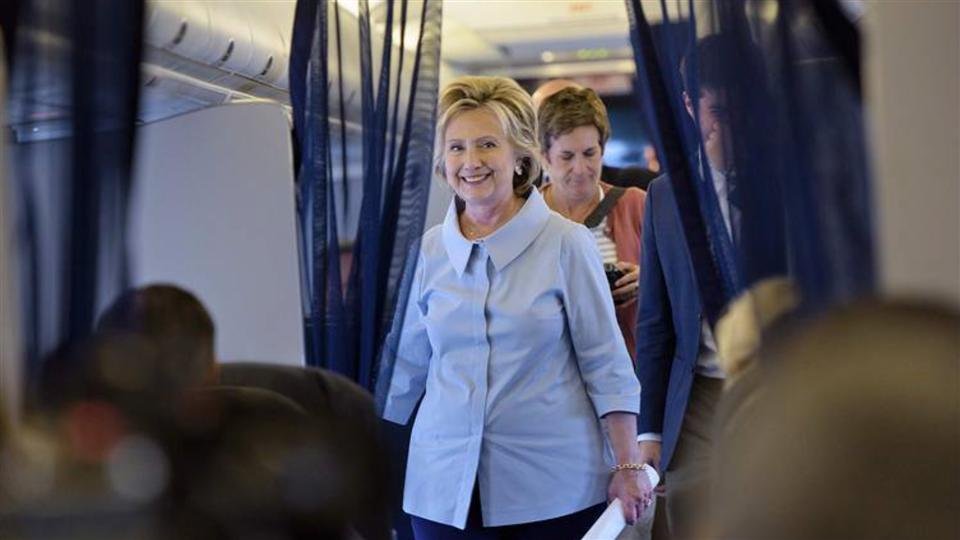 A plane with Hillary Clinton on board was grounded before take off in New York after the pilot ‘felt the aircraft shake and saw smoke’.

The American Airlines aircraft was returned to its gate at LaGuardia Airport yesterday afternoon for the unknown mechanical problem.

Just before the flight, which was heading to Washington DC’s Reagan Airport, was about to take off the pilot noticed the plane shake and saw some smoke, according to CNN.

A law enforcement source confirmed to the network that the former secretary of state was on board the grounded craft.

The flight’s pilots first reported to ground staff a potential mechanical issue at around 3.15pm and metal debris was later discovered where the plane had been.

Passengers were able to board another flight to the capital, according to the airline.

The former First Lady has been on a book tour promoting ‘The Book Of Gutsy Women’, written alongside her daughter Chelsea.