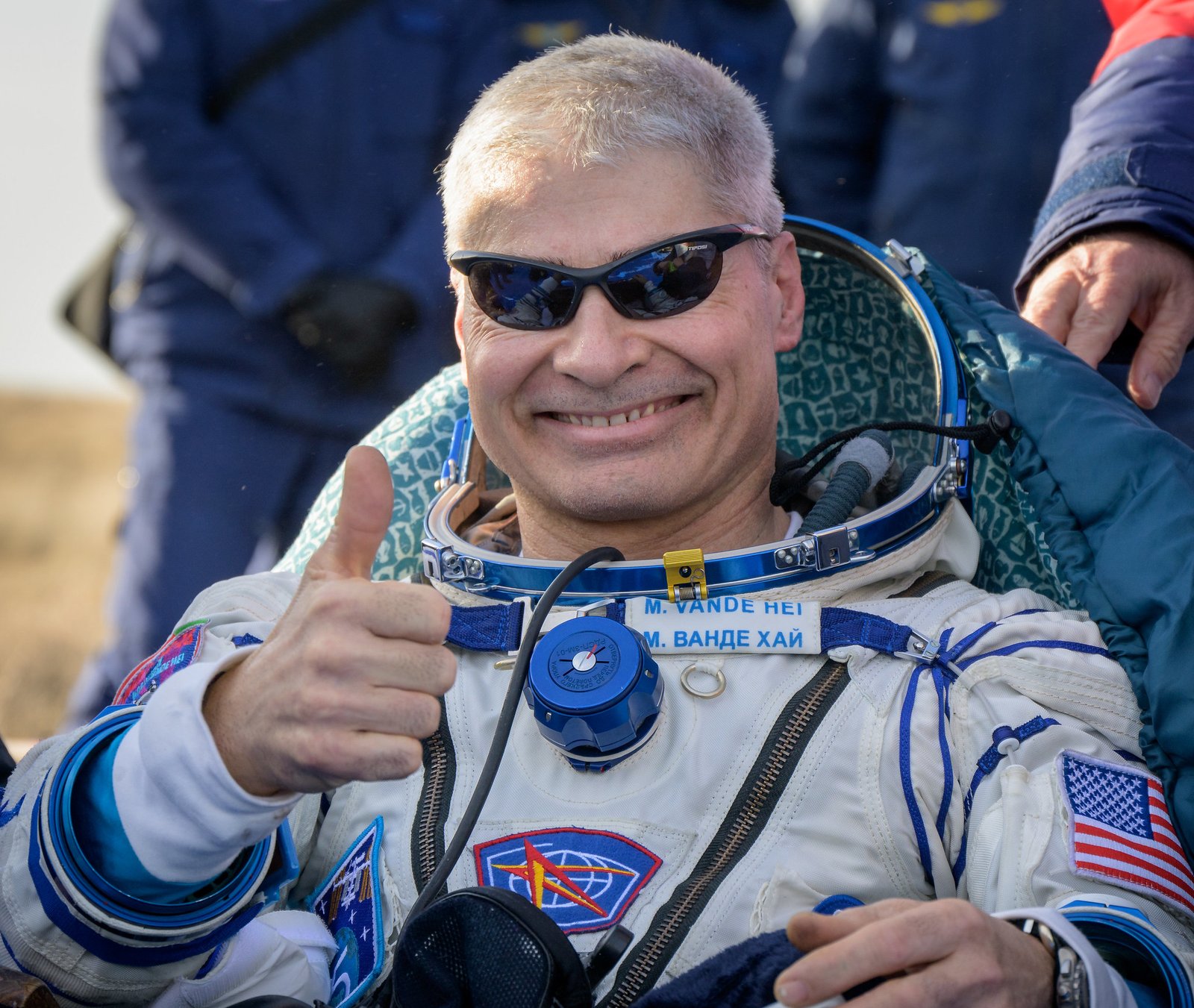 After extending the record for the longest single spaceflight in history by an American to 355 days, NASA astronaut Mark Vande Hei returned to Earth on Wednesday, March 30, along with Roscosmos cosmonauts Anton Shkaplerov and Pyotr Dubrov.

The trio departed the International Space Station at 3:21 a.m. EDT and made a safe, parachute-assisted landing at 7:28 a.m. (5:28 p.m. Kazakhstan time) southeast of the remote town of Dzhezkazgan, Kazakhstan.

Vande Hei launched April 9, 2021, alongside Russian cosmonauts Oleg Novitskiy and Pyotr Dubrov. His second journey into space of 355 days is the longest single spaceflight by a U.S. astronaut, previously held at 340 days, and gives him a lifetime total of 523 days in space. Dubrov also remained onboard for 355 days on his first spaceflight.

Supporting NASA’s goals for future human landings on the Moon, Vande Hei completed approximately 5,680 orbits of the Earth and a journey of more than 150 million miles, roughly the equivalent of 312 trips to the Moon and back. He witnessed the arrival of 15 visiting spacecraft and new modules, and the departure of 14 visiting spacecraft.

Following post-landing medical checks, the crew will return to the recovery staging city in Karaganda, Kazakhstan, aboard Russian helicopters. Vande Hei will board a NASA plane bound for Cologne, Germany, for refueling prior to his return home. Shkaplerov and Dubrov will board a Gagarin Cosmonaut Training Center aircraft to return to their home in Star City, Russia.

During his record mission, Vande Hei spent many hours on scientific activities aboard the space station, conducting everything from plant research to physical sciences studies.

Marshburn, Chari, Barron and Maurer will remain onboard until late April, when NASA astronauts Kjell Lindgren, Bob Hines, and Jessica Watkins, as well as ESA astronaut Samantha Cristoforetti launch to the station as part of NASA’s SpaceX Crew-4 mission.