An Afghan woman gave birth to a baby girl on board a U.S. Air Force C-17 while on evacuation flight 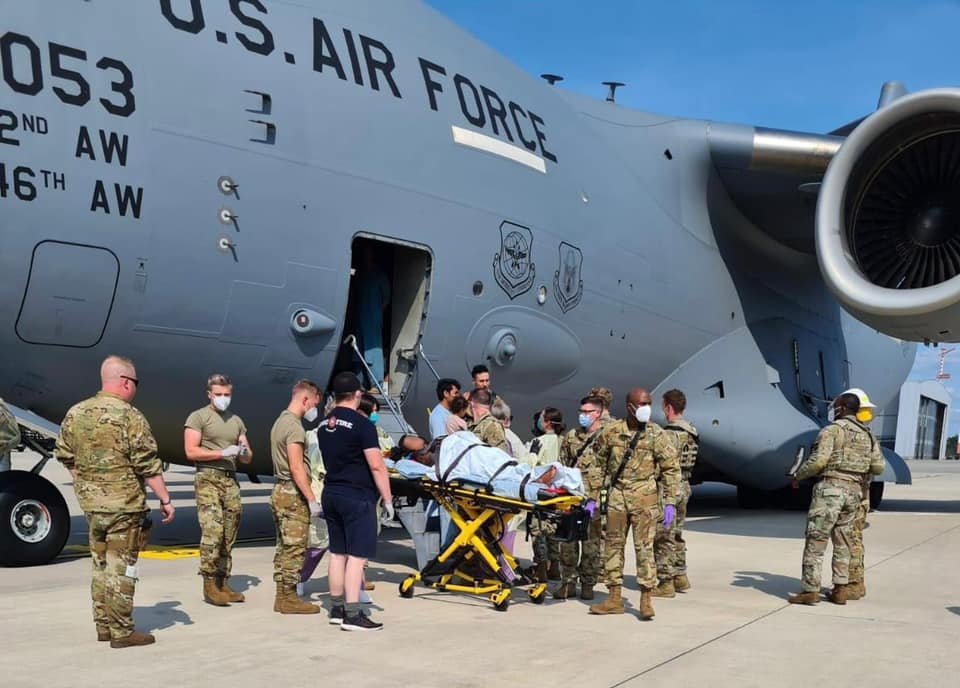 A mother has given birth to a baby girl while she was on an evacuation aircraft fleeing from the Taliban in Afghanistan.

The mother, whose identity has been kept anonymous, was on the second leg of her journey after fleeing the Taliban takeover of Afghanistan, and was aboard a US military plane travelling from a staging base in the Middle East to the US Ramstein Air Base.

During a flight from an Intermediate Staging Base in the Middle East, the mother went into labor and began having complications. The aircraft commander decided to descend in altitude to increase air pressure in the aircraft, which helped stabilize and save the mother’s life.

Upon landing, Airmen from the 86th MDG came aboard and delivered the child in the cargo bay of the aircraft. The baby girl and mother were transported to a nearby medical facility and are in good condition.