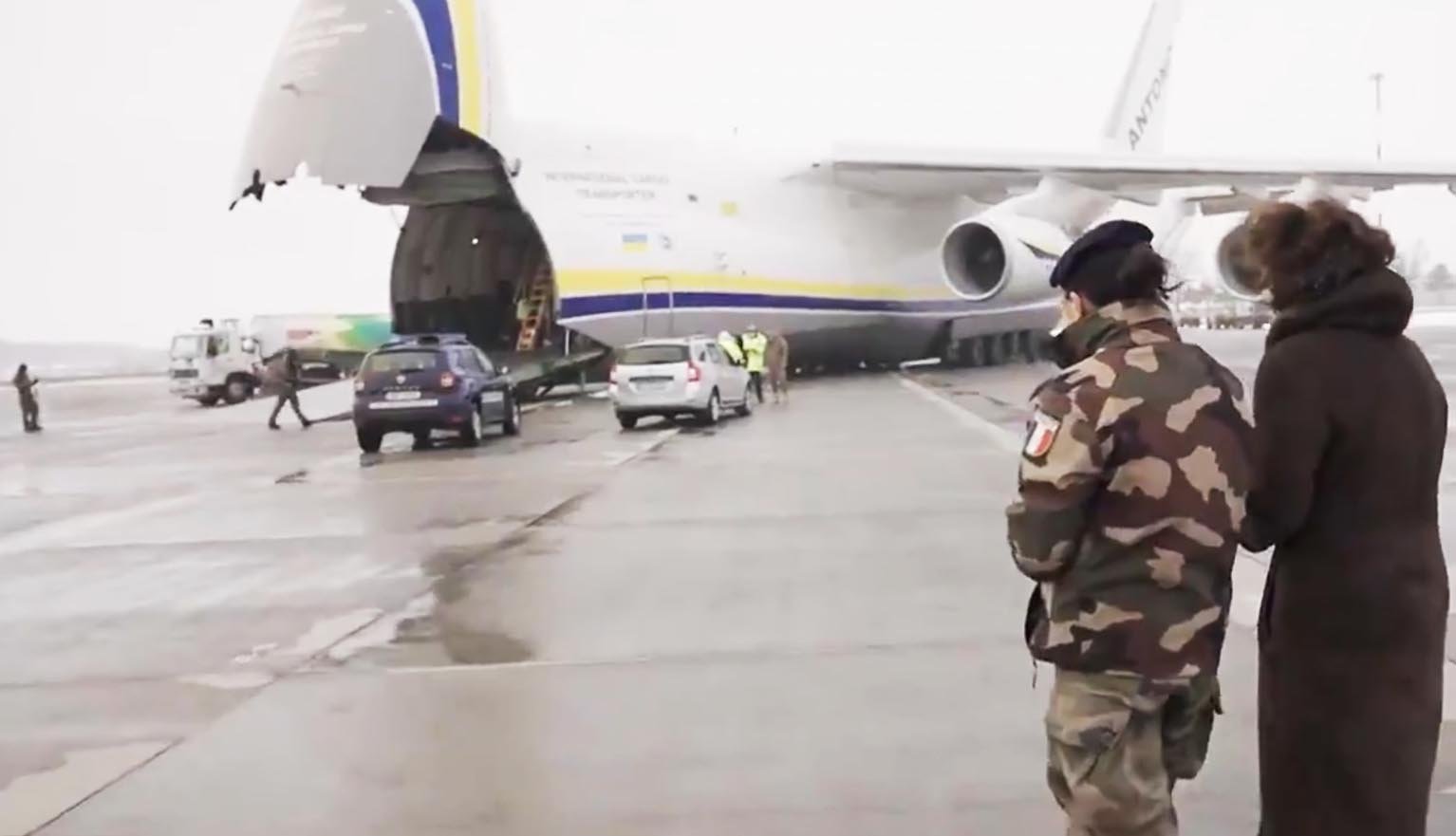 Two An-124s are doing rotation between Istres Air Base in France and Romania.

“NATO has decided to reinforce its presence, to send a very clear sign of strategic solidarity, to position forces in Romania,” General Burkhard told the press late Friday night.

“We will deploy around 500 men, with armored vehicles, combat vehicles, to provide support to Romania,” said Burkhard.

He added that the French military presence will also continue in Estonia, maintaining “around 200 to 250 soldiers with armored vehicles” being the alpine hunters used to fight in mountains and cold weather conditions.

Moreover, he said France will also proceed to deploy “four hunters and Mirage 2000” in Estonia. The Mirage 200 is the single-engine fourth-generation jet fighter manufactured by Dassault Aviation.

In a letter written to the French National Assembly on Friday, French President Emmanuel Macron said that France will make additional commitments within the framework of NATO “to protect the soil of Baltic and Romanian allies.”