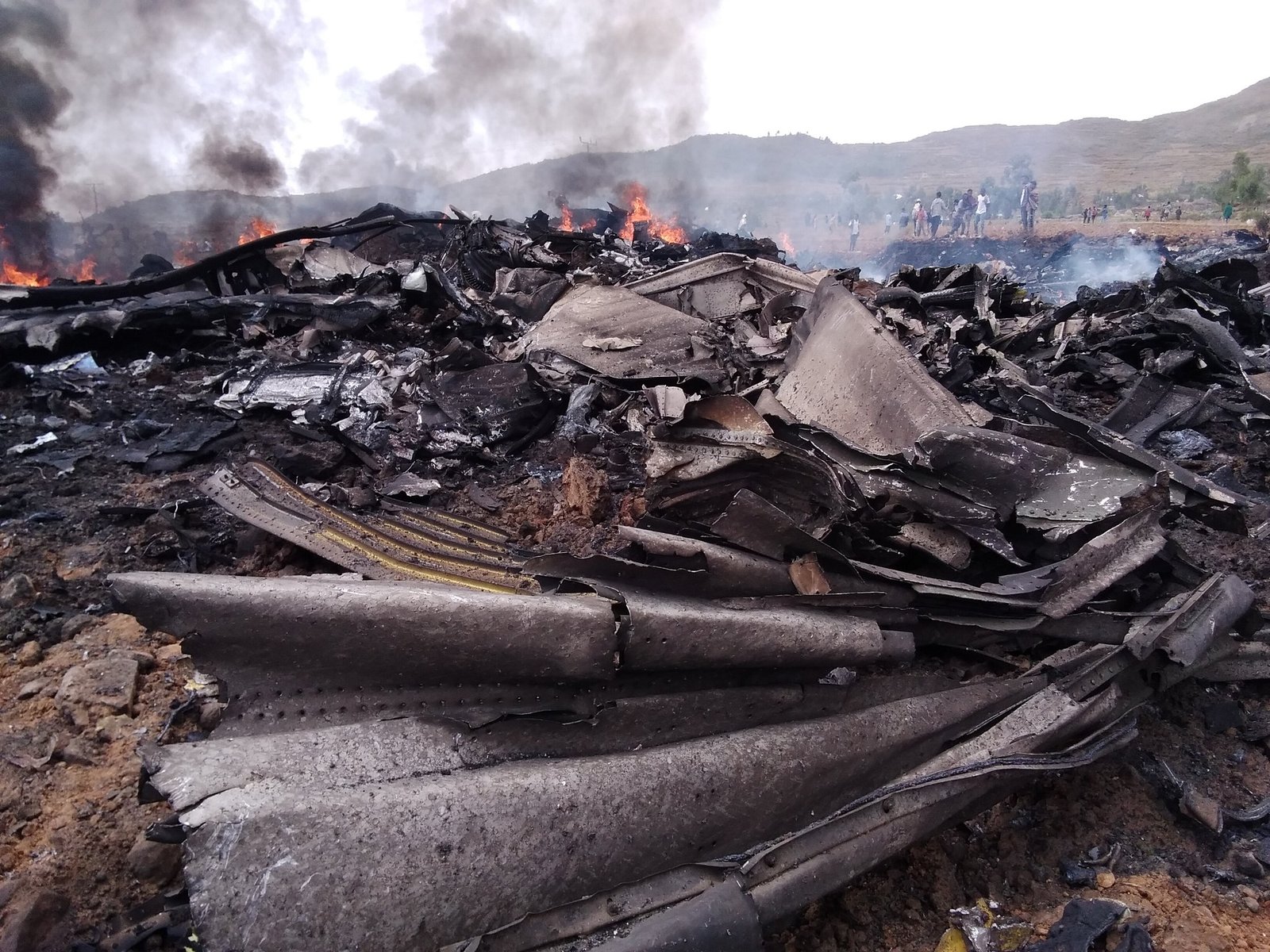 An Ethiopian Air Force C-130 Hercules aircraft was shot down by Tigray People’s Liberation Front on June 23 near Gijet in the Tigray region, killing dozens of people on board.

The C-130 Hercules transport aircraft (serial 1564, MSN 3822), belonging to Squadron 15 at Debre Zeit Air Base, was reportedly transporting explosives and ammunition in addition to personnel to an unknown destination.

The paramilitary rebel group in Ethiopia claimed responsibility for the shootdown of the transport aircraft. This aircraft was donated to the Ethiopian Air Force by the United States in 2014.

Also on board were military officers with Eritrean camouflage uniforms. With thousands of his forces killed and captured, #theNakedEmperorofEthiopia would stop at nothing to terrorize civilians. Here are snapshots of the remains of the downed plane.#TigrayisPrevailing! pic.twitter.com/Ky8igDVLUH

The Tigray People’s Liberation Front (TPLF) is a paramilitary rebel group fighting against the current Ethiopian government. The conflict between the TPLF and Ethiopian Air Force began in November after the TPLF reportedly attacked a national military base.

The downing of the C-130 comes after an Ethiopian Air Force airstrike on the market in the Tigray region killed 80 people and injured 43 earlier this week.

Footages shared on the internet show that the aircraft was totally damaged, and TDF fighters and civilians are investigating the debris.