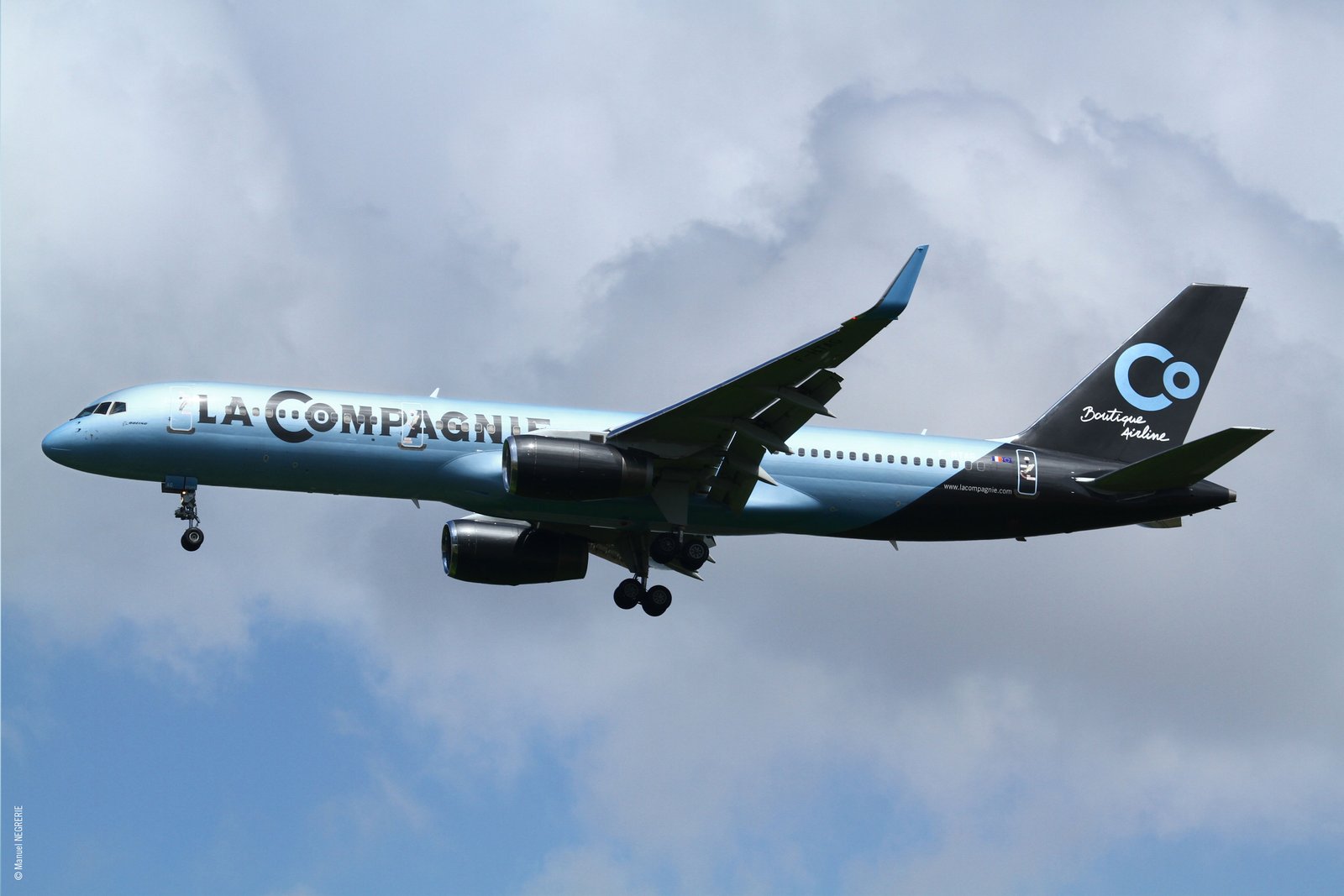 Picture of one of the airline’s aircraft from La Compagnie.

French-based La Compagnie is seen as the Business Class Airline of the Future. The history of La Compagnie started in October 2013 with the legal name of Dreamjet. The name was changed to La Compagnie on June 16th 2014 thanks to professionals within the Air Transport Industry. The CEO Frantz Yvelin is the key to La Bcompagnie’s success as a Low Cost Business Carrier. At aged 21, he received his US Commercial Pilot license. He then pursued his career as a software company consultant before moving onto owning his first airline L’AVION. He then sold the airline to British Airways in 2009 to start a consulting business in the air transport industry.

The CEO also taught at the French National Civil Aviation University before focusing on the launch of the boutique airline. The airline began operations from private investors, who were mostly French or European worth around 30 million Euros with no government investment. The airline are partners with Icelandair, Vicomte A Paris, Servair, Piper-Heidsieck Champagne, Kusmi Tea, Caudalíe & La Bienfaisance to provide passengers with a strong and connected experience when flying.

La Compagnie is considered to be the Business Class Airline of the Future as they offer business class services for a reasonably cheap price. An airline like British Airways connects business class flyers between London Heathrow and New York’s JFK for a staggering £3500 one way whereas La Compagnie offers services in the range of £1100-1500 return. The airline appeals to cheaper business class flyers who wish to save money. With the price tag of £1100-1500 return, you get access to a 31kg bag allowance, which is very attractive and flexible to flyers with a lot of heavy luggage. With that, flyers get access to the many lounges that the airline has in Newark, Luton & Charles De Gaulle accordingly. For the price tag also, you get offered many things within the airline. 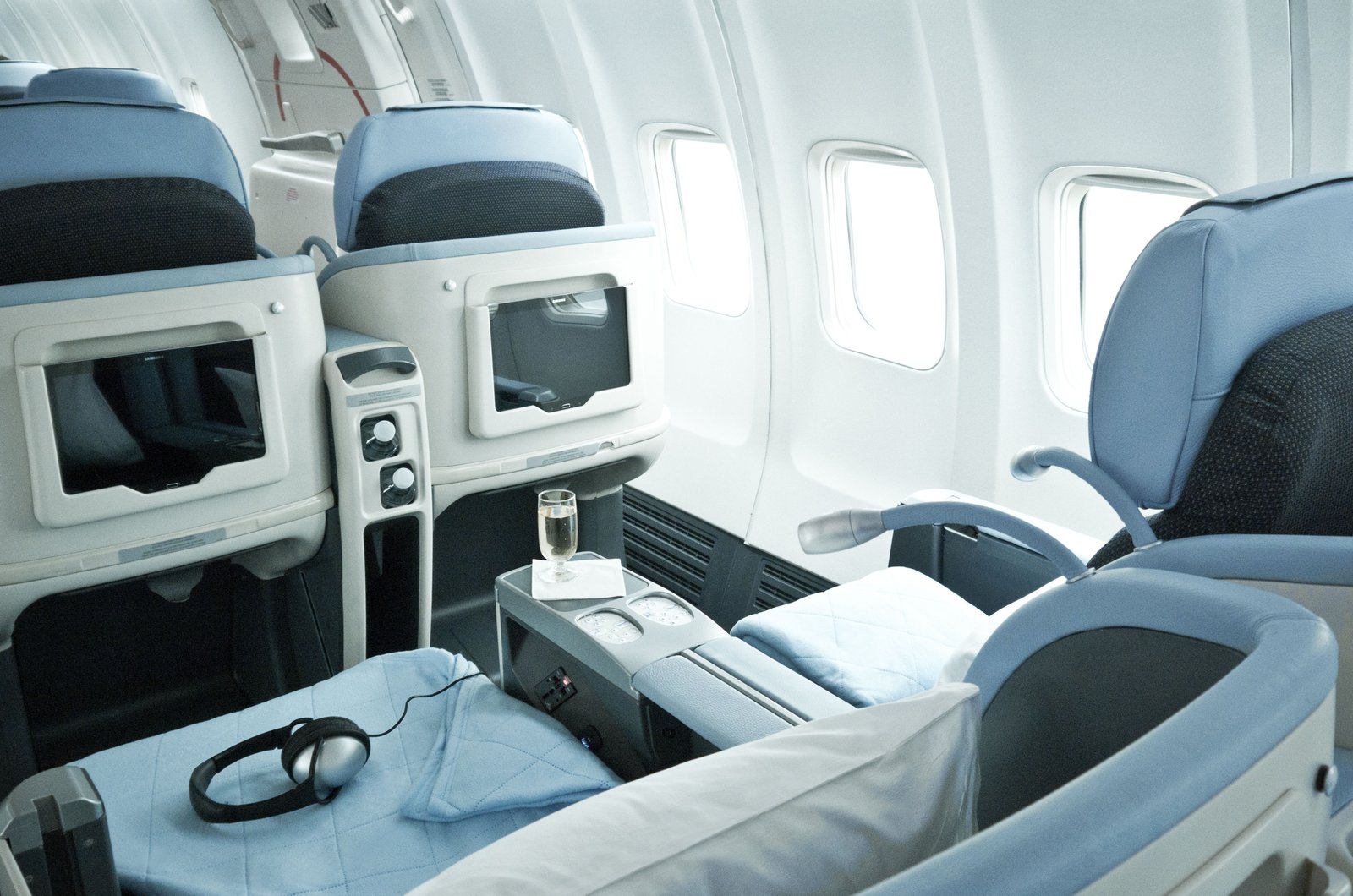 Picture of the Cabin – La Compagnie.

La Compagnie offers in-flight entertainment during the flights featuring a 12.2 inch screen which allows for optimal handling in addition to visual comfort. The films offered are in French & English and offer a wide range of films well suited to the certain customers depending on where their destination is. Within the airline’s Serenity packages, they offer amenity kits which provides passengers with all the essentials that they need for a smooth flight such as products to hydrate the eyes and face, as well as socks, a mirror, pen, shoe bag, eye mask, ear plugs, toothbrush and toothpaste from Caudalie. Mathilde Thomas, the founder of Caudalie says: “Our story began in Bordeaux in 1993, at our family estate: Chateau Smith Haut Lafitte. My husband Bertrand and I met Professor Vercauteren, who discovered and patented the finest active anti-aging ingredients extracted from the vines and grapes. Following this scientific discovery, we launched a line of effective and glamorous natural products and created the first Vinotherapie Spa at the heart of our vineyards, a place of dreams and wellbeing where we offer our products with divine care. Ten years later, CAUDALIE opened its second Spa, this time at the Plaza Hotel in New York. Today, I invite you to close your eyes, let your senses escape to our vineyards, and discover our products that have been specially selected for you will on board.”

Within the service also, they offer what is known as “The Signature of a Chef”. This consists of seasonal menus with simple and subtle recipes developed with delicacy by chef Christophe Langrée. He says: “Making people travel is our business, in the air or in their mind. Straight to the point, simple, good and pleasant: that is how we want to accompany you. Our cuisine follows the seasons and diners’ desires and inspirations. From Hotel Matignon to La Compagnie, from Paris to New York, the idea is to free our diners a little more each time. From my native Brittany to my travels around the world, I have kept only the best to share with you.” All of the catering has been by SERVAIR of France as well as Alpha LSG of the UK. 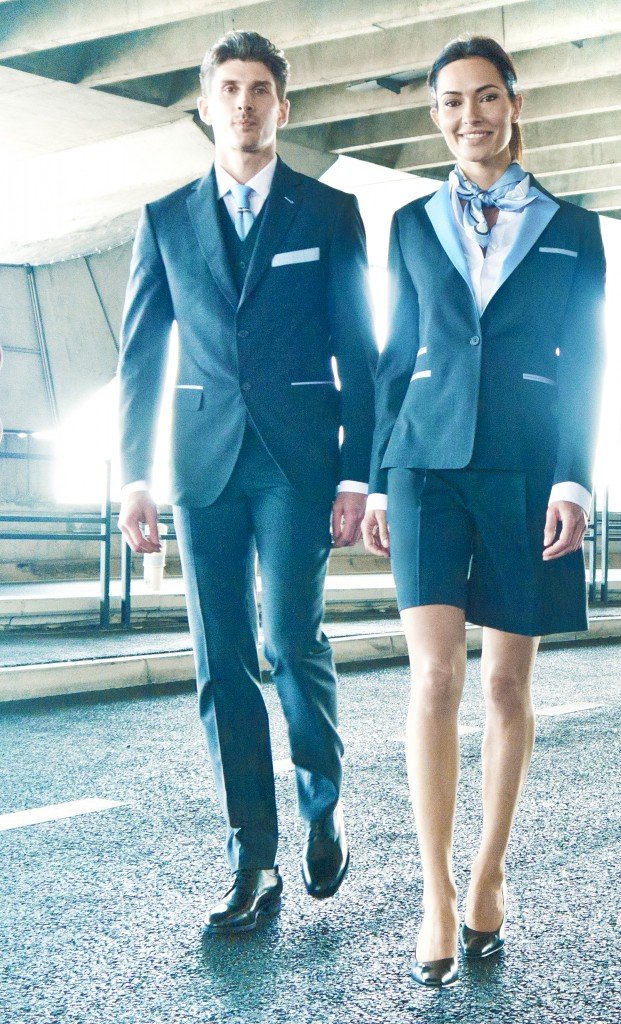 Picture of the crew by La Compagnie.

In terms of the crew on the flight, there is a huge sense of professionalism and attention to detail. All cabin crew members & pilots are fluent in French and English and are all profiles are put forward to the French Civil Aviation Authority for approval. The cabin crew is outfitted in stylish signature uniforms designed by French designer VICOMTE A., in which the colours of the uniform suits well with the brand itself. “Through collections that combine style and excellence, our brand boasts elegance and impertinence. Since its birth nine years ago, VICOMTE A. Has strived to support bold projects led by French entrepreneurs. Following our meeting with Frantz Yvelin, whose passion for entrepreneurship and air travel we share, it seemed only right to put our expertise at the service of this great adventure. It is therefore natural that we, VICOMTE A., partner with La Compagnie for wonderful journeys ahead … With our head in the clouds!” – Marcy et Arthur de Soultrait from VICOMTE A. 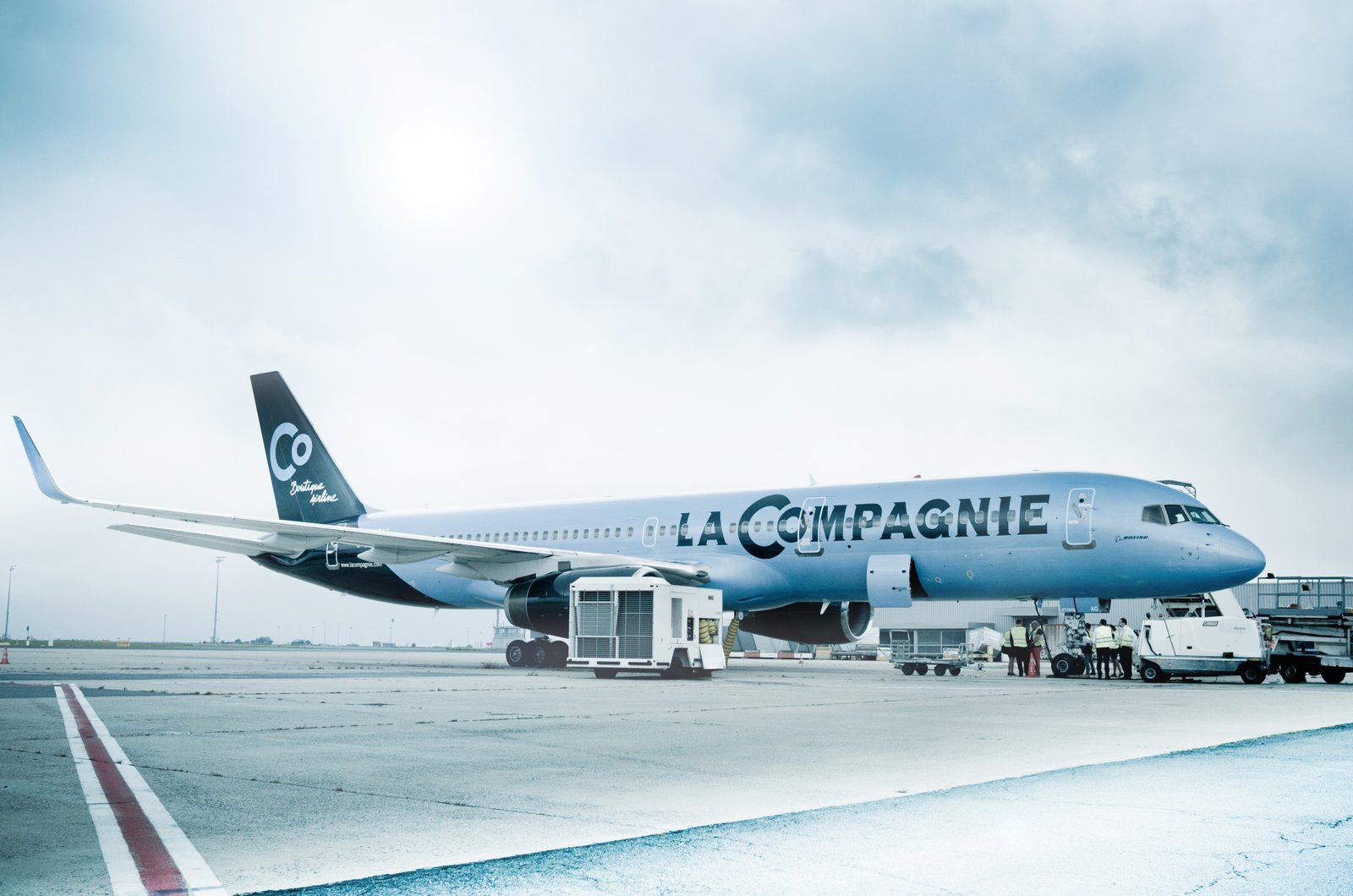 The airline currently uses 2 Boeing B757-200’s which have 74 seats in a 2×2 configuration which have a range of 3,900 nautical miles.  The Boeing B752’s maintenance are supported by Icelandair, who have had 75 years experience in aircraft maintenance. The seats were designed and manufactured by CONTOUR. Each passenger has a comfortable private space with a business-class shell seat to maintain such comfort. The seat height is 46 inches with a width of 26 inches. Each seat is spaced by 155cm. All of the seats are also equipped with a USB port, power outlet, and an individual lamp. Their cabin is also equipped with LED lighting to provide a warm and personable atmosphere.

On an operational front, the airline only operate 3 routes in their network:

This airline has benefitted a lot from these routes. When the airline launched Luton-Newark in April 2015, they have operated over 300 flights between the two cities and have brought in 14,000 passengers. Within the whole of the network, they have completed 1,000 flights and have carried 48,000 passengers in 2015 alone with further growth expected. 7,000 members have also joined the La Compagnie’s frequent flyer named “My Compagnie” since it’s launch in June 2015. More than 60% of the bookings have been made through the airline’s website and have received 1.2 million visitors on their website in 2015 alone. Through these numbers, the airline aims to expand the Luton services. In March 2016, they added a 6th weekly flight to Newark and will add a daily service to Newark in September 2016 accordingly. They are also to receive a 3rd Boeing B757-200 next year. Based on the expansion of services, I got in touch with the airline about a potential additional aircraft to join their fleet of 2 Boeing B757’s and they have said: “We’re thinking about the A320neo and the B737 MAX 9 and exploring all the best finance options for that purpose right now,” CEO Frantz Yvelin told TTG Media in an interview. “They’ll be new generation – straight out of the factory – aircraft and we’ll apply the same standards we have been doing, but some improvements such as even more comfortable seats and internet availability.” He also added that with the new aircraft, he may expand the business model onwards to the US West Coast, South America and even Asia.