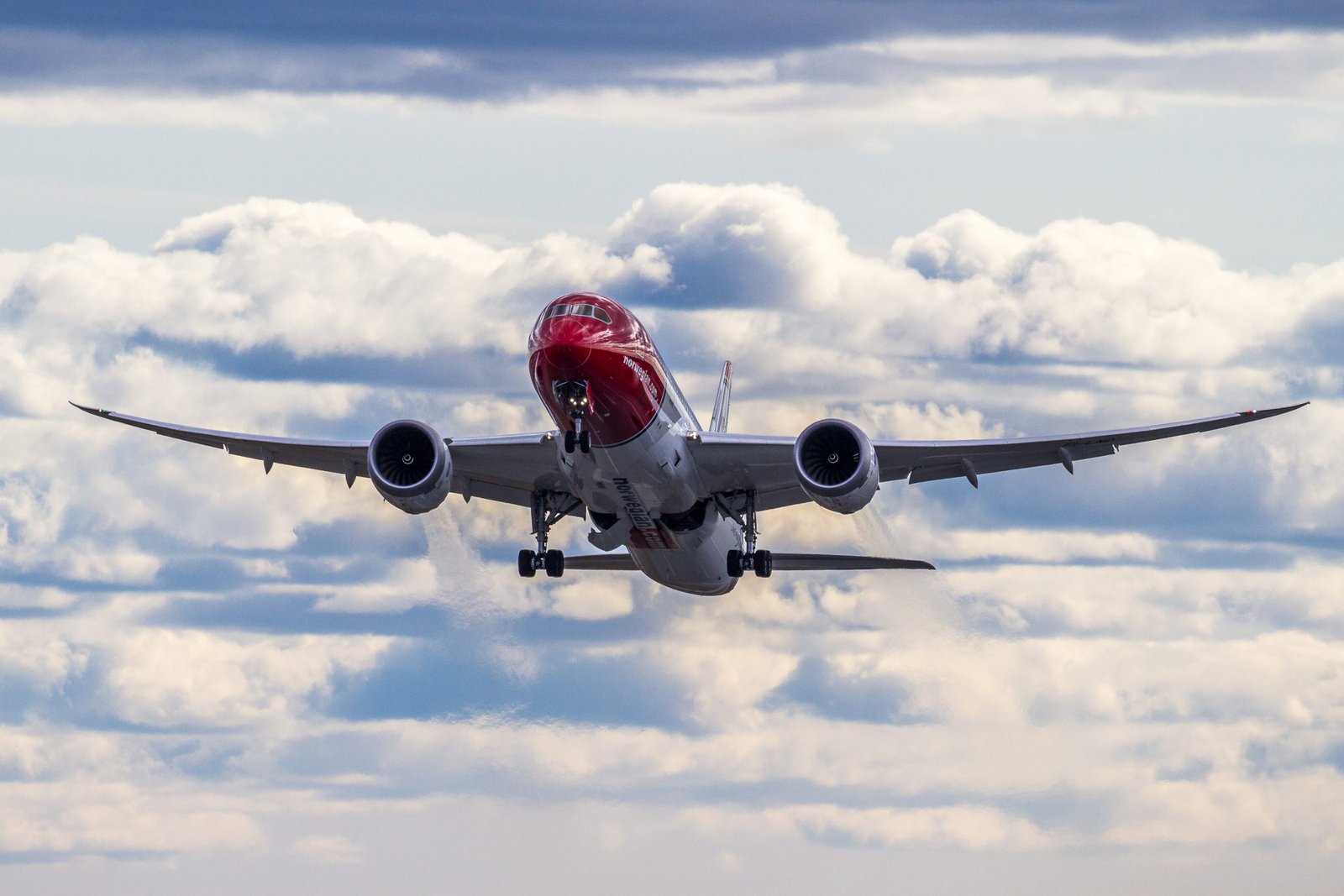 There is currently a piece of legislation to go through Congress, named as HR 5090. This bipartisan legislation, if enacted, would direct the Secretary of Transportation to revoke the approval but to also revoke the issuing of a air carrier permit to foreign carriers such as Norwegian Air International, due to grounds on unfair competitions. On top of this pressure from Congress, the Allied Pilots Association (APA) have also supported HR 5090. The APA consists of over 15,000 pilots from American Airlines.

“We applaud Representatives Peter DeFazio, Frank LoBiondo, Rick Larsen and Lynn Westmoreland for sponsoring H.R.5090. By doing so, they’ve stood up for fair competition and drawn the line against labor forum shopping,” said APA President Capt. Keith Wilson. “Norwegian Air International — an Irish subsidiary that won’t serve Ireland and hires most of its crews in Thailand through a Singapore-based recruitment firm — is a blatant flag-of-convenience scheme, pure and simple. APA urges lawmakers to support this bill and do what must be done to preserve open markets and fair play among airlines that fly trans-Atlantic routes.” Norwegian argue that the quote about their recruitment is also wrong as they said that they have never hired any pilots from that region but have also stated that on such operations, the flights will be manned by “U.S. and EU-based crew”.

Following that quote, Norwegian argue that such accusations made by the US are wrong in terms of their labour law compatibility. They say: “Opponents have suggested that Norwegian is offering substandard working conditions and that the NAI operation is an attempt to circumvent the labour laws of Norway and the United States. The fact is that Norwegian always follows the rules and regulations in all the markets in which it operates and offers employees competitive wages and conditions. The hundreds of Norwegian employees in the U.S. are governed by U.S. labour laws and say that their wages and benefits are on par with their counterparts at U.S. airlines. Pilots flying intercontinentally have a global pay scale, which means that a long-haul pilot based in Europe makes about the same as a long-haul pilot based in Asia or the U.S. Put simply, regardless of which part of Norwegian they work for, crew and pilots follow the labor laws in the country in which they are based.”

American operations by Norwegian Air International will be used by their Boeing B787-9 Aircraft as well as Boeing B737MAX aircraft accordingly. Picture by Norwegian.

HR 5090 highlights the need to comply with the intent of Article 17 of the United States-European Union-Norway-Iceland Air Transport Agreement, which states that “opportunities created by the Agreement are not intended to undermine labour standards or the labour-related rights and principles contained in the Parties’ respective laws” and that “these principles…shall guide the Parties as they implement the Agreement.” This basically states that Norwegian would benefit financially in the US market due to low recruitment and staffing costs, whereas such US carriers pay directly into the US Recruitment system and pay significantly more. Another point is that, the Norwegian Air International AOC (Air Operator’s Certificate) is based in Ireland, which offers the airline cheaper operating costs for that division of the airline so then they are able to successfully offer such flights, to that like Ryanair but except the long-haul market.

The airline have also shut down accusations that this expansion proposal can breach the Open Skies Agreement: “During NAI’s long-running application with the DOT, opponents have unsuccessfully tried to argue that the airline should not be covered under the terms of the EU-US Open Skies Agreement. DOT’s initial order last week confirms that NAI “appears to meet the DOT’s normal standards for award of a permit and that there appears to be no legal basis to deny NAI’s application”.” They also said that Norwegian is creating more competition, but their opponents are blocking it: “The launch of low-cost long-haul services in 2013 was because Norwegian believed that greater competition on international flights was long overdue. Three years later, Norwegian now offers 33 transatlantic routes, often in direct competition with other major airlines. Despite this, opponents to Norwegian’s expansion in the U.S. have absurdly tried to argue that this poses a threat to competition. This is clearly untrue; the only threat Norwegian poses is to the near-monopoly that has for many decades existed in transatlantic travel, and protected by joint ventures and alliances. A final approval for NAI will simply underline exactly what the EU-US Open Skies agreement was designed for – to create more competition among airlines, leading to greater choice and lower fares for passengers.”

The US Department of Transportation is currently open for public comment from other bodies, including congressional members of the US. If the tentative agreement from the DOT stands until halfway through May, then Norwegian Air International will have the go-ahead to launch the US operations from their proposed long-haul destination. 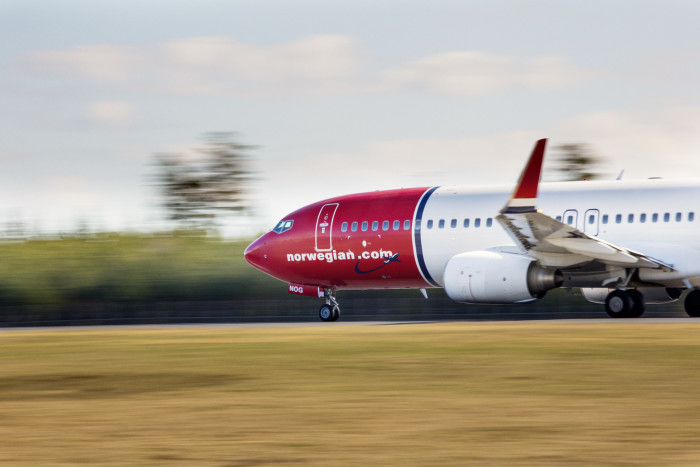 Picture by Norwegian. The airline also hopes to use the B738 on such flights between Ireland, the US and many more destinations, either in their long-haul or their short-haul markets.

This situation has many dangers, not just for Norwegian but on more of a bigger picture. If the DOT gives a rejection for the motion and revoke their tentative approval, then many of the origins that Norwegian plans to operate from, could be at a disadvantage in terms of operations and route portfolios. For example, Cork Airport in Ireland have pledged their full support for this transatlantic route in order to expand the airport’s portfolio and due to the dominating monopoly of Dublin Airport in terms of operations, Cork would be at a disadvantage and could potentially lose passengers in their catchment area. According to sources in Cork Airport, the airport are also fighting alongside with Norwegian for this route to be launched. For Norwegian itself, it would damage their Low Cost model for transatlantic operations as they wouldn’t be able to operate such transatlantic route.

However, it would benefit American carriers such as American, United, Delta and so forth as they are then able to operate with less competition. However, the APA’s motions can be questioned as many middle-eastern carriers already operate to the United States and offer cheaper fares than many US carriers. For example, Emirates offer services to Orlando, Los Angeles and New York accordingly. However, it can be argued that because many middle-eastern carriers go to places such as Dubai & Doha, Europe has more of a catchment area in terms of tourism due to many high dense tourist destinations such as the UK, Ireland, Germany, France, Spain and so on. Europe offers more tourist packages rather than the middle east, other than connections to the States, Australia & Europe. The middle eastern destinations are portrayed more as hubs whereas for the American carriers, they consider the European destinations their sort of “financial goldmine” per se. If such competition such as Norwegian Air International come into play, then the US carriers consider their “financial goldmine” to be at risk by such LCC’s.

The go-ahead of the expansion by Norwegian would benefit the airline obviously as well as the economy between origins and such destinations. Norwegian said: “Opponents to Norwegian’s U.S. expansion are conveniently trying to ignore the huge economic benefits that are already being delivered in America. With flights already operating to and from ten U.S. destinations, Norwegian has helped generate tens of millions of dollars of economic activity in these regions through travel and tourism. In terms of the U.S. aviation industry itself, Norwegian currently has a firm order of 149 U.S. manufactured Boeing 737s and 787s valued at more than $18.5 billion at current list prices. During the past seven years, Norwegian has taken delivery of 103 brand new U.S. manufactured Boeing aircraft (direct buys and leases). In addition, the company has an order of Pratt & Whitney engines for its Airbus aircraft. Therefore, in aviation, tourism and manufacturing, Norwegian is already fuelling tens of millions of dollars of economic activity in the U.S. – this would only increase with NAI’s expansion.”

Overall, this has put Norwegian in a very uncomfortable situation. They will need to hope that Congress votes against this piece of legislation so then the DOT will still give their go-ahead after the public consultation has taken place. It will be interesting to see what happens in the next 2 weeks in terms of whether the operations will go ahead. If Norwegian wins, this could mean a change in the American long-haul market and would definitely put pressure on current long-haul carriers to change their marketing and their way of thinking of securing such passengers.