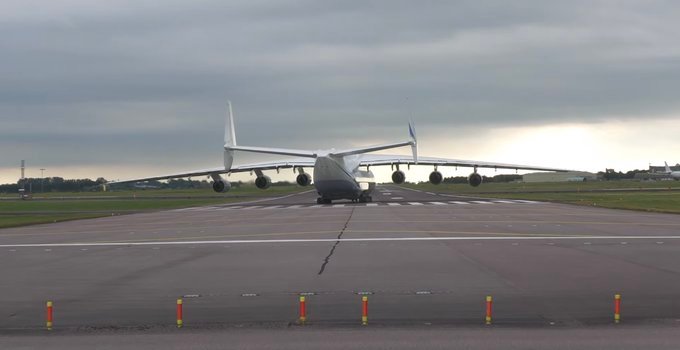 Antonov An-225 broke the perimeter fence at the end of runway 25 at Royal Air Force’s Brize Norton base on June 24.

The AN-125 had arrived from Karachi as flight ADB3859 carrying three Puma helicopters from Afghanistan, as part of the RAF’s withdrawal.

The aircraft was departing Brize Norton bound to Kyiv’s Hostomel Airport (GML) when its sheer force broke the fence at the end of the runway. The fence collapsed in front of the planespotters, where tens of spotters took shots and filmed the take-off. However, no injuries were reported.

The police officers were quickly on the scene to secure the collapsed perimeter, as seen at the end of the clip shared on the internet.