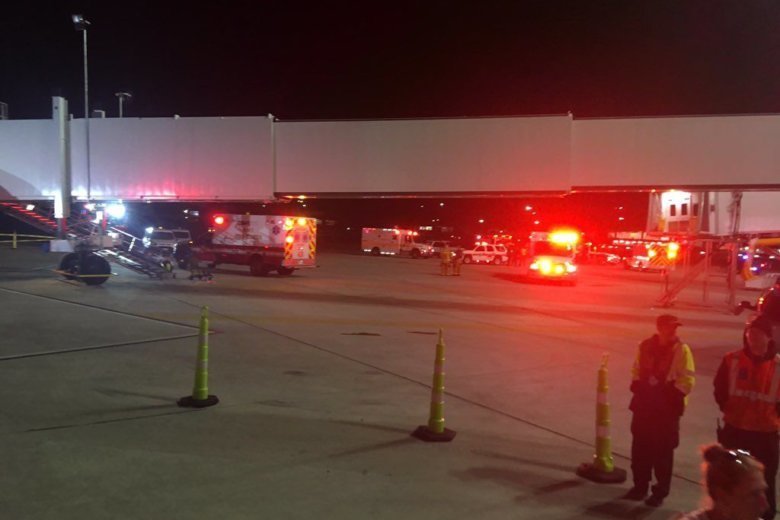 At least 6 people were taken to hospitals with injuries that do not appear to be life-threatening, according to a tweet from the BWI Airport.

The jet bridge collapse, caused by a partial equipment failure, is under investigation.

The plane has been moved from the gate and the incident is not impacting other airport operations.

In a statement, Southwest Airlines said Flight 822 had just arrived from Punta Cana, Dominican Republic, and requested paramedics to help with a medical situation involving a passenger.

Southwest says the airport’s jet bridge, which connects the plane to the terminal, failed while medics were helping the passenger outside the aircraft. Southwest says remaining passengers safely exited the plane using air stairs.