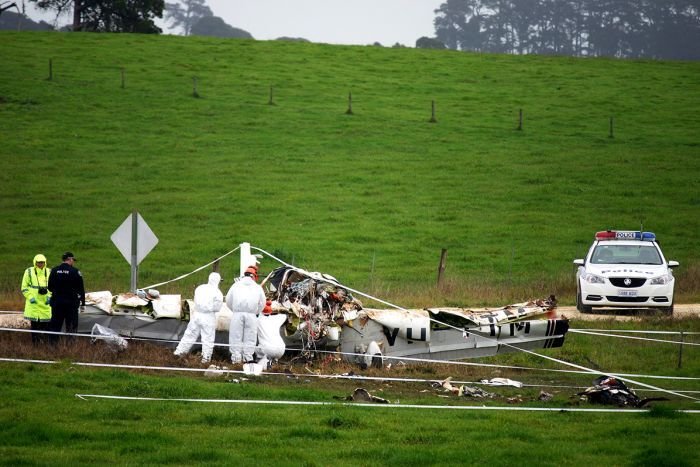 The Australian Transport Safety Bureau (ATSB) this week released a report that was critical of charity Angel Flight Australia. The report was the result of a fatal collision into terrain incident involving an Angel Flight flight.

On 28 June 2017 a SOCATA TB-10 Tobago, registration VH-YTM was conducting an Angel Flight from Mount Gambier in South Australia to the state capital of Adelaide. The flight crashed just after 1 minute after take off. All 3 people on board died in the incident. In the report the ATSB said the pilot was operating under VFR with the weather conditions below IFR minima. At the time Regular Public Transport flights that were scheduled to land at the airport either delayed leaving their origin, conducted a missed approach and went into a holding pattern or diverted to another aerodrome due to the weather.

Other Angel Flight incidents have also been investigated by the ATSB. One was a fatal collision into terrain on 15 August 2011. Another incident in December 2011 was a loss of seperation when the pilot mistakenly conducted an upwind departure instead of downwind as instructed by ATC. The incident resulted in the aircraft penetrating into Sydney controlled airspace and coming within 1.2nm of another aircraft with no vertical seperation.

As part of the 2017 investigation the ATSB looked at these and other investigations and came to the conclusion that a fatal accident involving an Angel Flight was more than seven times higher than other private flights.

In regard to the 2017 incident the ATSB concluded that the contributing factors were:

And other factors that increased the risk were:

The ATSB also made the following recommendation:

The Australian Transport Safety Bureau recommends that Angel Flight Australia takes action to enable it to consider the safety benefits of using commercial flights where they are available to transport its passengers.

The ATSB report also notes, “Angel Flight Australia advised it had received permission for all registered pilots to access the community service pilot education online course Public Benefit Flying: Balancing safety and compassion, developed in the United States by the Aircraft Owners and Pilots Association Foundation’s Air Safety Institute, while an Australian course is developed. It also indicated it was facilitating the sharing of all CASA [Civil Aviation Safety Authority] safety seminar schedules, with a request for feedback on attendance and the content presented, and engaging a volunteer to develop systems and processes to manage its safety risks. Additionally, pilot, passenger and health referrer guidelines had also been updated. The ATSB will monitor the progress of these safety actions.”

“The ATSB was advised CASA had implemented a new safety standard regarding the conduct of community service flights. These requirements commenced on 19 March 2019 and included:

Pilots to annotate that the flight conducted was a community service flight in their personal logbook.”

Angel Flight CEO Majorie Pagani hit back at the report saying it was “demonstrably wrong.” Ms Pagani told ABC News Australia, “We’ve had three experts look at [the ATSB statistical analysis] — two of Australia’s top statisticians and an analyst — all of who conclude that it is grossly, demonstrably wrong. They have counted less than half our flights in order to arrive at this statistical conclusion. They’re not [comparing] apples with apples … it’s wrong, it’s grossly in error. If they counted all of our flights there is a conclusion from them that our safety data would be not significantly different from any other private flight.”

Ms Pagani further told ABC, “This accident was caused by a pilot making a poor decision to fly into cloud and lost control,” and CASA needed to “strengthen their awareness” and “their training prior to the licensing stage.”

“If there is an issue in this area — provide better training prior to the licensing stage. We have safety programs in place, but it is not the role of a charity to do the job of the ATSB or CASA. They are the ones who are responsible for training the pilots — we rely on it — we use their pilots. We do everything we can to prevent this sort of thing and our hearts are with those people.”

South Australian Centre Alliance Senator told ABC the report “did not include the pre-positioning flight. So, for example the flight from an airport to the place where the patient needed to be picked up and indeed from where the patient was dropped off back to where the pilot originally started off from. That has the effect of — in effect of — halving the number of flights for the same amount of instances. In that way it distorts the figures … I would have to talk to my colleagues in the Senate.”

Dr Stuart Godley from the ATSB told the ABC the calculation was correct, and “That’s the way we always do it when the data is available and its pretty consistent around the world. Generally, when you’re looking at operational risk, most of the risk is connected with the landing and the take-off in the flight, so really the most appropriate way to look at risk is to look at [it] per flight.” Dr Godley also said that since the report others had come forward to raise further concerns about Angel Flight.

Ms Pagini said that since the report many had contacted them expressing support for them. Supporters of Angel Flight paid $30,000 to take out 2 full page ads in News Ltd papers on Friday.