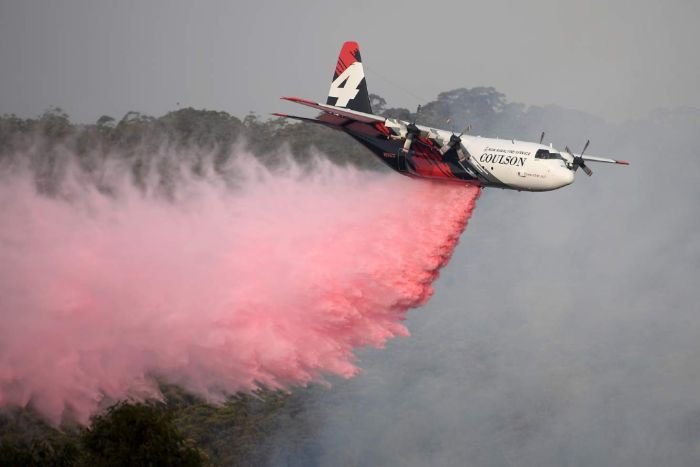 The Australian Tranport Safety Bureau (ATSB) has released it’s preliminary report into the C-130 Large Tanker accident that fatally injured 3 aircrew from the US during aerial firefighting operations in the Australian state of New South Wales (NSW).

A preliminary report is released about 1 month after the start of an investigation and contains only factual data and a sequence of events as currently understood. A final report can take 18 months or more.

When releasing the interim report, ATSB Chief Commissioner Greg Hood said, “On behalf of the ATSB, I convey our sympathies to the families and friends of the three aircrew who lost their lives in this accident in the service of others.”

The ATSB was able to download the data from the Cockpit Voice Recorder – the aircraft did not have a flight data recorder. Chief Commissioner Hood said, “Although the recorder assembly was damaged in the accident, ATSB investigators were able to successfully recover all the data from the CVR’s crash protected memory module. However, unfortunately the CVR had not recorded any audio from the accident flight. Instead, all recovered audio was from a previous flight when the aircraft was operating in the United States.” The aircraft had been in Australia since November 2019.

The aircraft left Royal Australian Air Force (RAAF) Base Richmond in NSW at approximately 1205 Australian Eastern Daylight Saving Time (AEDT) in order to do a fire retardant drop on the Adaminaby Complex bush fire. The drop over the fire was unable to be completed, so the aircraft was directed to a secondary tasking to drop retardant on the Good Good fire. Witnesses saw the drop being conducted at about 200 feet above ground level dropping 4500L (1200 US Gallons) of retardent in approximately 2 seconds.

“Witness videos taken of the aircraft leading up to the accident showed a number of passes conducted at varying heights prior to the retardant drop. Following the retardant drop, the aircraft was observed to bank left, before becoming obscured by smoke after about 5 seconds. A further 15 seconds after this, the aircraft was seen flying at a very low height above the ground, in a left wing down attitude. Shortly after, at about 1316, the aircraft collided with terrain and a post-impact fuel-fed fire ensued.” Airservices Australia recordings of ATC found no distress call had been made. An emergency dump of retardent also had not been made.

Chief Commissioner Hood added, “The ATSB would also like to acknowledge the support of the NSW Police Force, the NSW Rural Fire Service, NSW Fire and Rescue, and the Australian Defence Force in facilitating safe access to an active fire ground and supporting our on-site investigation team. We also acknowledge and thank the warm-hearted support of the communities of Peak View and Cooma during the ATSB’s extensive on-site deployment.”

A brief video released by the ATSB

The full interim report can be found here

The ATSB publicly released the report today February 27, 2020 (Friday, February 28 in Australia). It provides a factual account of some of the circumstances surrounding the crash of the large air tanker which occurred on January 23, 2020.

Mr. Coulson said the preliminary report provided some understanding of the events leading up to the crash. ATSB investigators are still piecing together what occurred.

“We are continuing to work with the ATSB, and we are providing every assistance to them as part of the investigations. It’s important for us, for our team and for the families of those we’ve lost, to understand what happened that day,”

“We recognize that this preliminary report is just the start and further review of the information available will help form a better picture of what occurred, and what can be learned from this tragedy.”

“Australia and Australians are important to our company, and to the crew who operate here. This incident has been devastating to them, but the team members describe the importance of the “mission”, flying to support communities who are grateful and need their expertise in the sky.

“The support provided to us during this time has only made us more determined to build on over 20 years here and continue our strong partnerships with the emergency services in Australia.”

The families of the pilots who perished and Coulson team members have been briefed about the preliminary report and the process the ATSB will follow.”

Captain Ian H. McBeth of Montana, Flight Engineer Rick A. DeMorgan Jr. of Florida, and First Officer Paul Clyde Hudson of Arizona were posthumously awarded the Commissioner’s Commendation for Service by the NSW Rural Fire Service. The commendation is “awarded to recognise service of a meritorious nature, or outstanding actions in relation to fire service duties, administrative leadership, or exemplary performance of a specific difficult project or task, not involving bravery.” [RFS Internal Awards Booklet. The Commendation for Service comes 3rd in order of precedence out of 6 awards.]