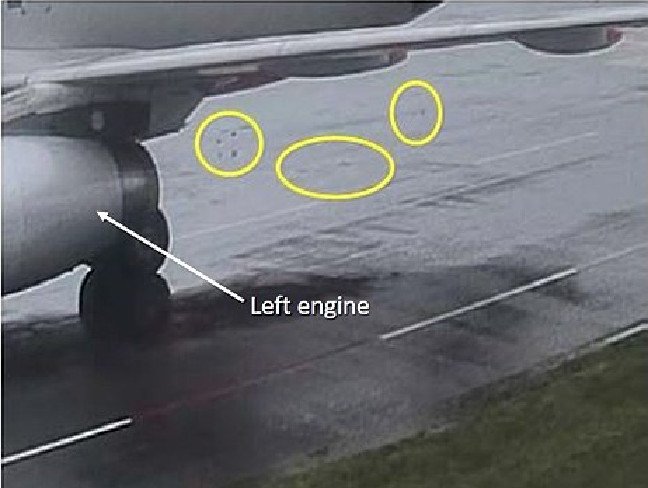 The Australian Transport Safety Bureau (ATSB) today released a report into a FOD incident that resulted in a Jetstar A320 returning to Auckland after taking off with a clipboard placed inside the right engine cowling. The A320, registration VH-VGY was operating an Auckland-Sydney flight 27 October 2017.

It wasn’t until the plane was taxiing that the leading hand realised that he didnt have his clipboard. He approached the dispatcher to ask her about the clipboard and she said that she saw it while doing the walk-around. They went back to the location they prepared the aircraft and noticed paper debris. They organised for their operations crew to have the flight crew contacted.

The plane took off 12 minutes after the leading hand first realised he had left the clipboard inside the cowling.

The ATSB’s investigation into foreign object damage involving an Airbus A320, at Auckland International Airport in October 2017 demonstrates that all staff working near aircraft need to be aware of their responsibilities when they find a foreign object.https://t.co/JMpVbpMmcM pic.twitter.com/9UOgllmx4h

The captain was alerted by ATC to contact the surface movement controller as the aircraft was climbing through FL150 . He was alerted to the fact about the missing paperwork and it may of been in the engine. The captain then asked if it was on top of the engine or in the inlet. There were no abnormal readings in the engine instruments. He was informed that it was inside of the engine that and debris had been found.

He then contacted the Jetstar engineer at the airport to see if it was just paper or included metal. He was told a piece of sheared metal had been found. At this point the captain decided to return to the airport. The plane landed safely about an hour after take off. An inspection after landing found that paper was throughout the engine, with minor damage to a fan blade and attrition liner.

“The ATSB found at the time there was no procedure in place for the ground crew to contact the flight crew in the event of a “non-normal or emergency situation“ prior to or after departure.

There were no rules on how paperwork should be prepared and managed during adverse weather.”

The ATSB report also says, “The captain stated that, to obtain more information about the incident, numerous calls were made to other agencies, which took considerable time. Further, due to poor communications, he was unable to contact the operator’s maintenance controller to discuss the engine’s status.

In a statement to news.com.au Jetstar said:
“A plastic clipboard was inadvertently left on the engine cowl of a Jetstar A320 aircraft by our ground handler at Auckland Airport just prior to departure.

While this incident didn’t impact the safe operation of the aircraft, we take it very seriously. Since this occurred we have updated our procedures which includes a specific warning about not placing items in the engine cowling and improved detail around checks and responsibilities of the aircraft dispatch process.”