ATSB Report: Virgin Australia ATR72 in near collision with a PA-28 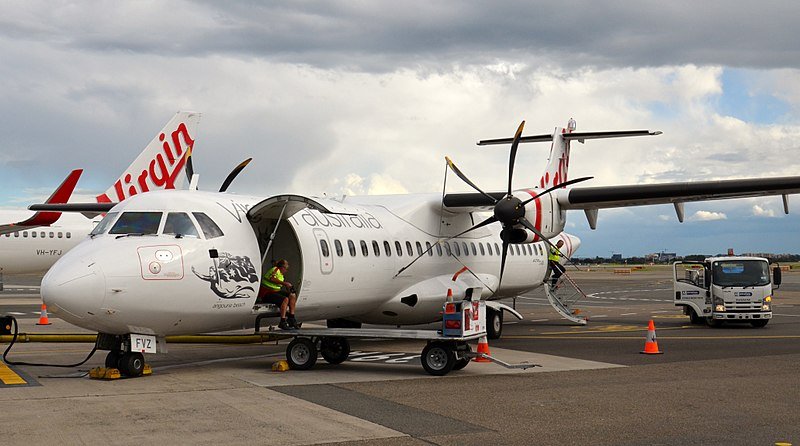 The Australian Transport Safety Bureau (ATSB) today released a report into a near miss between a Virgin Australia ATR72 and a Piper PA-28.

The two aircraft came within 22 metres of each other on approach into Albury Airport on 19 October last year. The Virgin ATR had 2 flight crew, 2 cabin crew and 66 passengers onboard. The Piper, operated by Australian Airline Pilot Academy had a sole pilot conducting a training flight.

ATC had instructed the Piper to join the mid-downward leg of the right circuit for Runway 25 and had given onward clearance for a touch and go landing. Immediately afterwards the Virgin crew advised ATC they had reached the final waypoint on the approach and were given clearance to land.

The ATSB report states that ATC subsequently told the pilot of the Piper, “you’re number two following an ATR on about a four‑mile final, report traffic in sight.” The pilot acknowledged with call sign but not a readback. The controller than changed his attention to a 3rd aircraft to make sure it didn’t pass in front of the Virgin aircraft. The pilot of the 3rd aircraft acknowledged it had the ATR in sight.

The report also states, “The controller advised the ATSB that, due to their focused attention on the third aircraft, they were not monitoring [the Piper] as the aircraft continued on the downwind leg and turned on to the normal base leg of the circuit. At that point the pilot of [the Piper] had not sighted the ATR or advised the controller that they did not have it sighted.”

As the ATR passed approx 600 feet AGL the ATR’s TCAS issued a Traffic Advisory warning. The Virgin crew immediately initiated a missed approach. The pilot of the Piper also lowered the nose to increase separation. At the time of the missed approach the 2 aircraft were separated by 111 metres horizontally and 75 feet vertically. The controller did not observe the near miss until the Virgin crew advised of their missed approach.

The Piper pilot told ATSB investigators that he carried our normal visual checks for the base and final legs but didn’t look along the long final flight path, and assumed the Virgin flight had already landed.

The full ATSB report can be found here