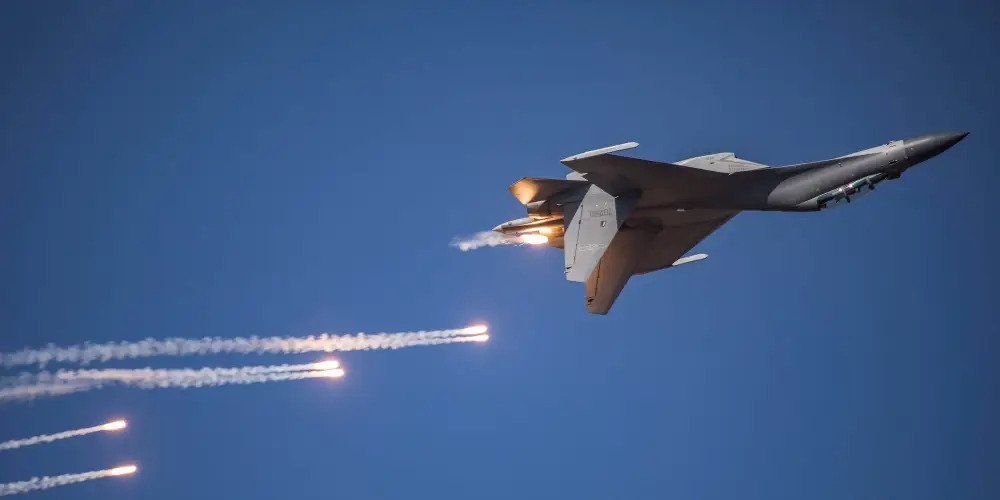 Australia has accused the pilot of a Chinese fighter jet of carrying out a dangerous manoeuvre near one of its aircraft over the South China Sea.

It says the Chinese aircraft released flares and cut in front of the Australian surveillance plane.

The Chinese jet then released “chaff” – an anti-radar device which includes small pieces of aluminium which entered the Australian plane’s engine.

“The intercept resulted in a dangerous manoeuvre which did pose a safety threat to the P-8 aircraft and its crew,” he said.

Defence Minister Richard Marles said the Chinese jet flew very close in front of the RAAF aircraft and released a “bundle of chaff” containing the small pieces of aluminium that were ingested into the Australian aircraft’s engine.

In a statement, Australia’s defence ministry said it had “for decades undertaken maritime surveillance activities in the region” and “does so in accordance with international law, exercising the right to freedom of navigation and overflight in international waters and airspace”.

Beijing has not commented on the incident.