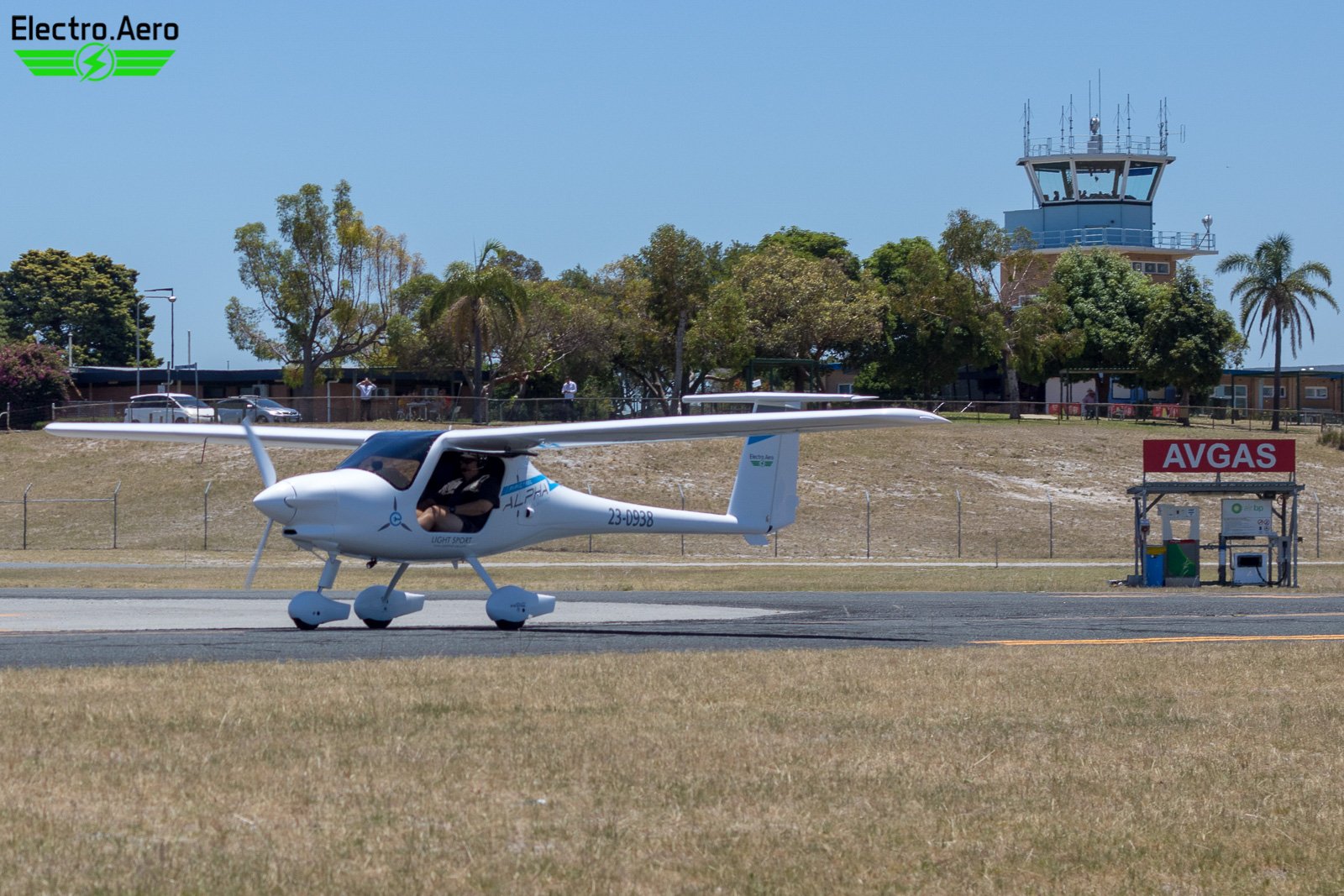 The Alpha Electro is a twin seater, single engine propellor driven aircraft made in Slovenia and is based on the Pipistrel Alpha petrol engined trainer. The Alpha Elctro has 2 lithium-ion batteries that can keep the plane flying for an hour with 30 minutes extra in reserve. It takes 1 hour to recharge the batteries with a super charger. The batteries are expected to last about 1000 hours. 60 kilowatts of power is used for take off and 20 kilowatts during cruise.

Testing is being done from Perth Jandakot airport (JAD/YPJT) with plans to fly passenger services to Rottnest Island.

Electro.Aero’s founder, Joshua Portlock told ABC News, “Electric propulsion is a lot simpler than a petrol engine. Inside a petrol engine you have hundreds of moving parts. In this aircraft you have one switch to turn the aircraft on and one throttle lever to fly.” There are no moving engine parts and no gear box, with the motor attached directly to the propellor. Flight costs for the engine amount to about $A3 an hour.

An interview with Electro.Aero’s founder can be heard on radio station 6PR.