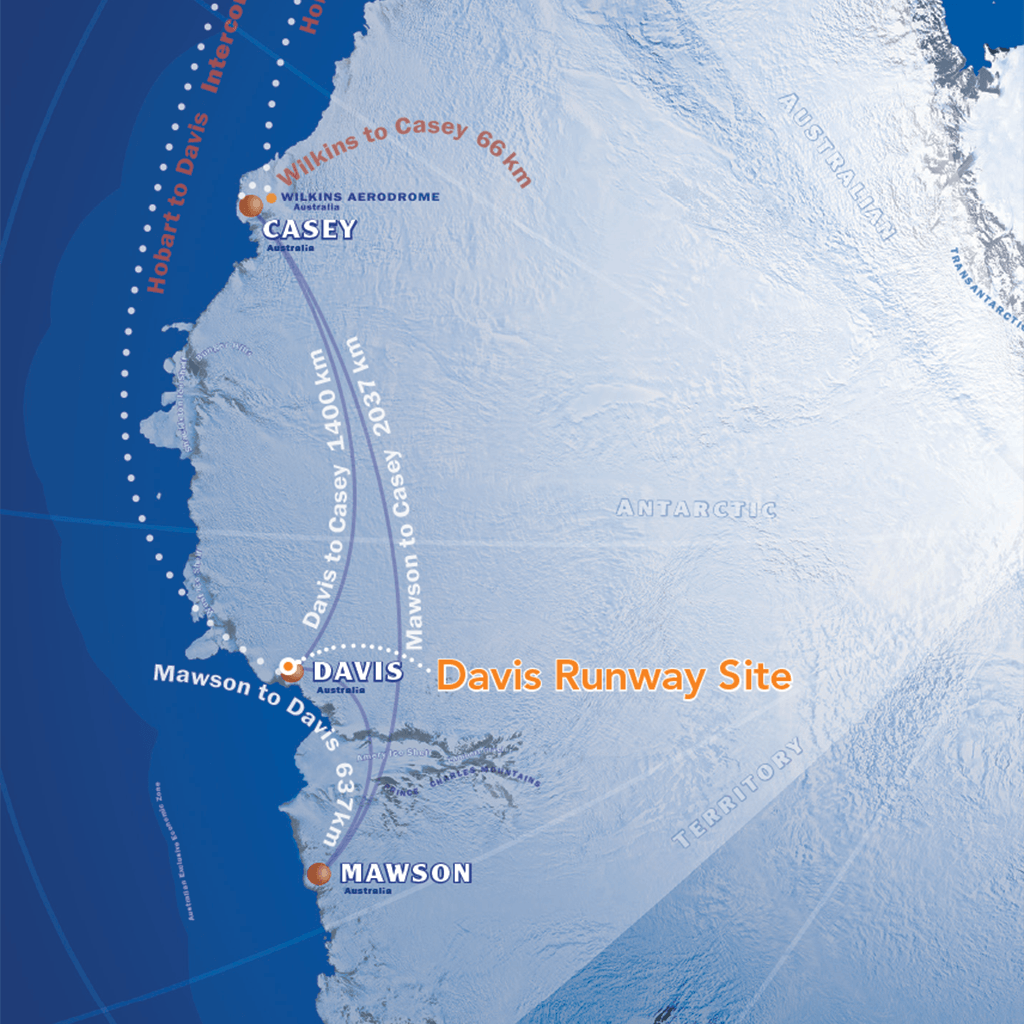 “After three field seasons of geotechnical and environmental investigations the Australian Antarctic Division has identified a suitable site for the runway in the Vestfold Hills region of East Antarctica, approximately six kilometres from Davis research station.”

The new runway will be 6 hours flight time from Australia’s southernmost state capital of Hobart (5000km/3107mi away), and will be a length of 2700 metres (8858 feet). Current access to the Davis is through ice breakers or a summer air link via a rolled blue ice summer runway near the Casey research station, 1400km (870mi) away.

The goverment says, “The project will be subject to extensive environmental and other government approval processes. These assessments will be transparent, consultative and rigorous, including to meet the requirements of the Antarctic Treaty (Environment Protection) Act 1980 and the Environment Protection and Biodiversity Conservation Act 1999.”

In a boost to @AusAntarctic & Tassie #jobs, the @TurnbullMalcolm Govt is planning to build #Antarctica‘s first paved runway! The year-round access will improve our ability to conduct world-class scientific research. Find out more: https://t.co/6TGCeCaoRI @JulieBishopMP ❄🐧🛫 pic.twitter.com/H1QdMKGyPN

Australia currently has a summer runway made from blue ice at the Wilkins Aerodrome, near Australia’s Casey Station. The Hobart- Wilkins Aerodrome route is flown by A319-115LR aircraft, leased and operated by Skytraders Pty Ltd. Each flight only spends about 2 hours on the ice before taking off on the return flight to Hobart and carries enough fuel to return to Australia without refueling. Each flight typically holds 20 passengers, but that can be increased to a surge capacity of 40. Up to 20 flights are conducted each season. The Aircraft can also be configured for a rapid medical evacuation.

The Wilkins Aerodrome is built on a 500 metre thick glacer that moves downhill at 12 metres per year and rotates anti-clockwise at 1.5 metres a year – resulting in a drift from south to north. The runway will be closed between November 2018 and February 2019 in an effort to correct the rotational movement and keep the runway operational for another 10 years.