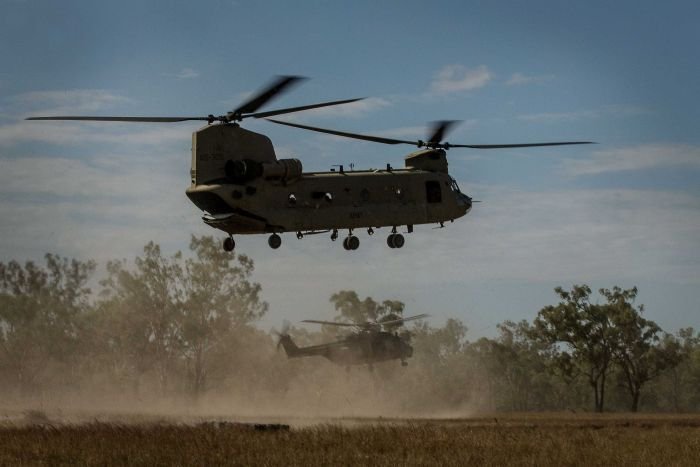 The Australian Army has conducted flight testing of a new piece of safety equipment designed for pilots. The Tactile Cueing System has been designed by Angus Rupert over the last 25 years. Mr Rupert is a medical researcher with the US Army and is a visiting Fulbright Scholar in Melbourne at Australia’s Defence Science and Technology Group. The belt helps pilots react to spatial disorientation by vibrating small pads corresponding to the direction of flight. The more severe a roll becomes the more intense the frequency of the vibrations.

The Australian Army conducted the first flight test of the system in a highly automated cockpit of an Army Chinook helicopter at Royal Australian Air Force (RAAF) Base Townsville. Captain Kelly Weatherstone said, “the trial allowed us to collect a lot of very valuable … data.”

It can be deadly if #pilots lose orientation, so this invention aims to make flying safer https://t.co/OLLE5z6Tk0

Braden McGrath is an Australian Aeronautical Engineer from the University of Canberra. He has been developing the technology since the mid 90s with Mr Rupert. Mr McGrath believes that based on this trial Defence will continue to the next phase of testing. Mr Rupert also hopes adaptation of the technology will be faster in Australia. He told ABC News Australia, “It moves rather slowly [testing in the US Military]….Because we’re dealing with thousands upon thousands of helicopters that this will go into. For a small organisation, it can be moved more quickly.”

Mr McGrath said the biggest market for the technology will be commercial and general aviation.

Spatial Disorientation has been identified as the cause of several fatal flights by the Australian Transport Safety Bureau (ATSB), includung the crash of an ABC News helicopter in 2011.