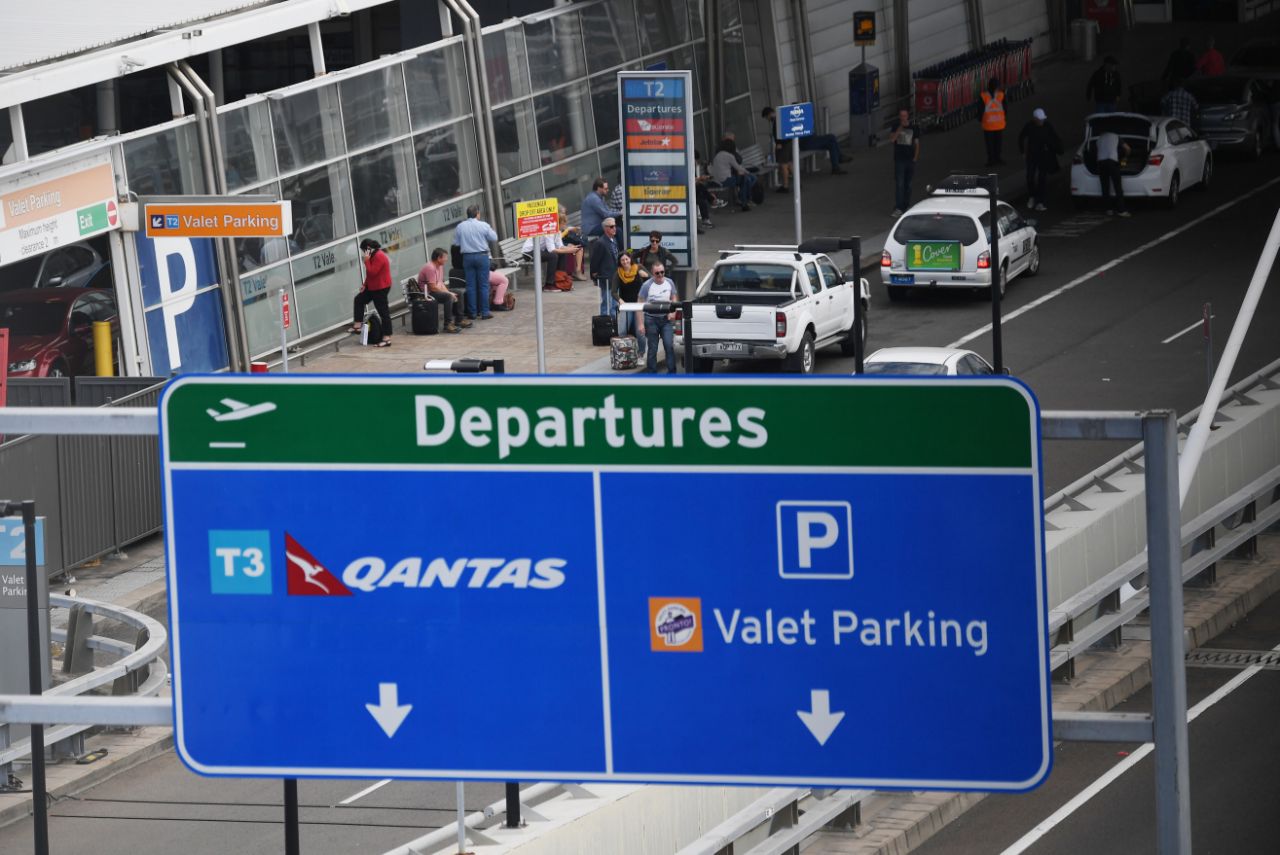 New restrictions on some powders in carry-on baggage on international flights have been announced by the Australian Government starting 30 June. The restrictions also apply on domestic flights departing from International Terminals.

The new restrictions come after the TSA announced similar rules starting this week. The restrictions are in part a response to a failed attempt to blow up an Etihad flight between Sydney and Abu Dhabi last year. Three men have been charged with terrorism related charges over the plan while another is still in custody.

Passengers cannot tip powders out to fall under the 350mL/g threshold as the restriction is calculated on total container volume. There are no restrictions on the amount of containers a passenger can take, but the total can not exceed the 350mL/g limit. 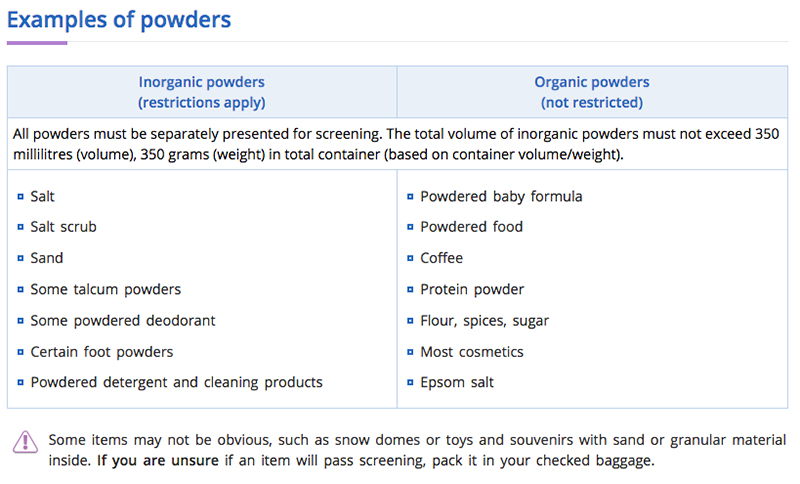 Like liquids the powders will need to presented seperately, but will not need to be in bags.

The government says the new regulations will be strictly enforced. There may be some confusion, as “some” talcum powders are restricted, and “most” cosmetics are unrestricted. The ultimate decision will come down to the security officer. The Australian Government’s TravelSECURE website states that if a passenger is unsure if a powder will pass screening they should pack it in their checked baggage.

There are exemptions for medical items required on board, but a letter from your doctor will be required. Cremated human remains will also be exempt.

More information can be found at the Travel Secure website: