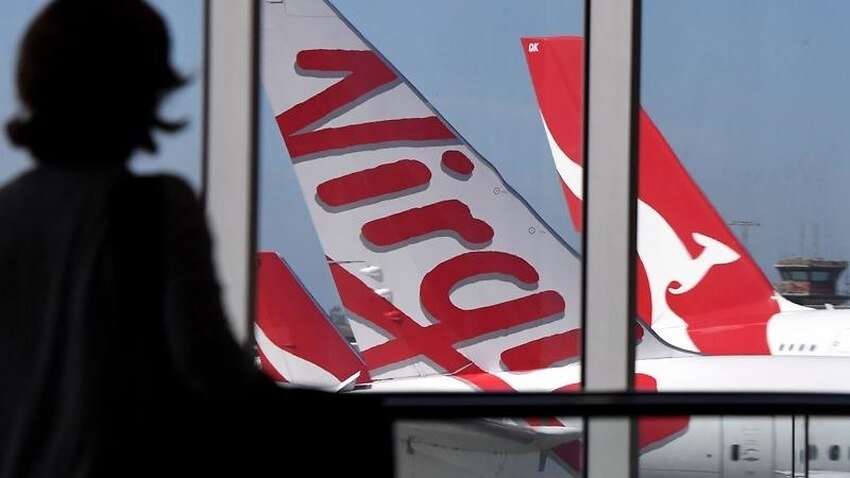 The Australian government has agreed to underwrite the cost of Qantas and Virgin Australia routes between state capital cities and regional centres. It will cost the government $165 million over 8 weeks.

The announcement means that Virgin Australia will be able to reinstate 200 of the 8000 staff that had been previously stood down. The airline will now operate a minimal schedule of 64 return services a week, up from the single SYD-MEL return service 6 times a week it announced a week ago. The announcement also comes the same day that Virgin extended it’s trading halt for a further 7 days.

Deputy Prime Minister and Transport Minister Michael McCormack, told ABC Australia, “As Australians are asked to stay home unless absolutely necessary, we are ensuring secure and affordable access for passengers who need to travel, including our essential workers such as frontline medical personnel and defence personnel, as well as supporting the movement of essential freight such as critical medicine and personal protective equipment. We know that a strong domestic aviation network is critical to Australia’s success and today’s announcement demonstrates our commitment, yet again, to maintaining connectivity during this pandemic. This investment will also help Australians returning from overseas, who find themselves in a different city after 14 days of mandatory quarantine, complete their journey home safely.”

Qantas and Jetstar will be increasing services from 105 to 164 per week.

Virgin Australia Statement
Virgin Australia is pleased to respond to a request from the Australian Government to resume flying an underwritten, minimal domestic schedule, to transport passengers and keep important freight corridors open during the COVID-19 pandemic.

The schedule will commence tomorrow (Friday, 17 April) and run for a period of eight weeks, until 7 June 2020. Flights will progressively go on sale at virginaustralia.com from today.

As a major Australian airline, we are proud to support the Federal Government in returning passengers home and enabling essential travellers to continue flying during this time.

The minimal domestic schedule will enable Virgin Australia to reinstate some of its stood down flight, cabin and ground crew, along with other operational team members.

Passengers who wish to rebook their previously cancelled flight are advised to do so online using their Travel Bank credit. Alternatively, passengers can call the Guest Contact Centre on 13 67 89 to have their ticket reissued.

Passengers who have booked through a travel agent are advised to contact them to explore their options.

Passengers seeking to travel between 17-29 April inclusive will be provided with additional flexibility, including the ability to rebook their ticket to any day or service within that period with any applicable fare differences waived .

The minimal domestic schedule is in addition to the international repatriation flights to Los Angeles and Hong Kong that Virgin Australia is currently operating at the request of the Australian Government. Virgin Australia continues to transport cargo internationally and domestically and provide charter services to resources and adhoc clients.

Qantas Statement
Qantas and Jetstar are pleased to help form part of the minimum domestic and regional network supported by the Australian Government.

This will see the number of passenger flights we operate increase from 105 per week currently to 164 per week to all capital cities and 36 regional destinations.

While travel restrictions mean most passenger flights are not commercially viable at the moment, there remains a need for some essential travel – particularly given the distances between most Australian cities.

These flights will also provide critical freight capacity, which has fallen significantly as commercial air networks have shrunk. Much of the bellyspace on these flights will be used for mail and other urgent shipments, including medical equipment.

The temporary regional network focuses on towns that are more than two hours’ drive from key transport hubs.

The Qantas Group appreciates the support the Federal Government has provided to the Australian aviation industry through the minimum domestic and international networks, the $715 million rebate package and, more broadly, JobKeeper.

Importantly these additional services will see more planes in the air and ensure communities stay connected and assist with the movement of critical freight around the country.

While the risk of contracting Coronavirus on board an aircraft is regarded as low, social distancing has been put in place across all flights.

Similarly, on-board service will be a scaled back version of what would normally apply, with cabin crew focused on in-flight safety and they will wear personal protective equipment. On behalf of the Qantas Group, we sincerely thank our crew for their willingness to make these important flights possible.

The additional flights will roll out from Friday 17 April and be fully operational by Monday 20 April. Fares can be booked as per normal via Qantas.com and Jetstar.com. Customers are reminded that various quarantine restrictions apply across states and territories.

The domestic and regional networks operated by Qantas, QantasLink and Jetstar are in addition to a small number of international flights (operated by Qantas) and ongoing operations by Qantas Freight as part of the national carrier’s role in maintaining critical transport links.