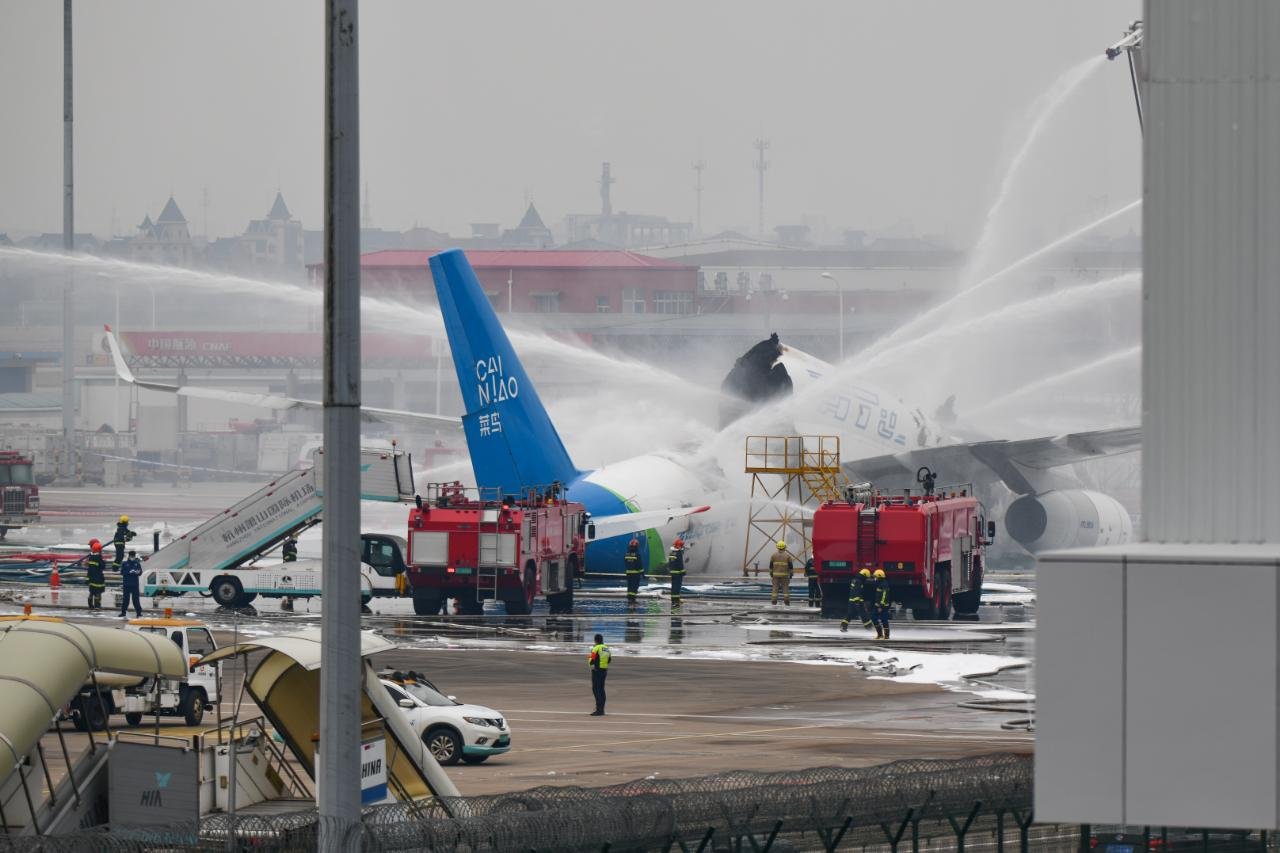 The aircraft with registration RA-64032 was scheduled to depart Hangzhou International Airport as flight 4B-6534 to Novosibirsk in Russia when a fire started in the cabin while it was being pushed back for departure with eight crew members on board.

Emergency services and relevant airport departments were immediately notified after the fire started to break out, and the firefighting department and the first aid rushed to the site within 2 minutes. The fire was brought under control after about 30 minutes.

Latest pic of RA-64032, the Tu-204F that caught fire in Hangzhou, China in the early hours on 08Jan2022. It seems like the fuselage is now in 3 parts. (Photo provided by Weibo follower 少喝奶茶多运动). pic.twitter.com/BQOC2ZtS49

All those on board were safely evacuated, and no one suffered minor injuries in the incident. The fire spread across the fuselage and eventually broke the aircraft into three pieces.