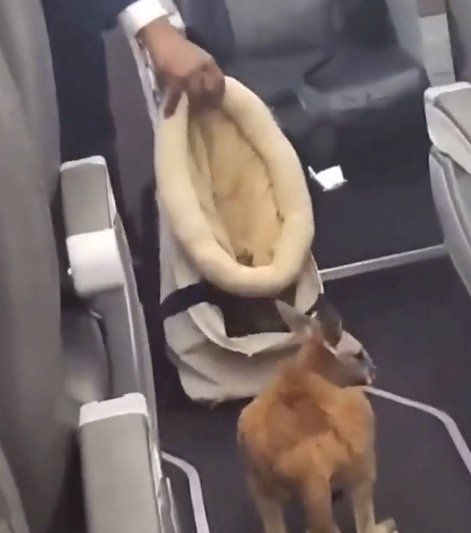 A joey was spotted hopping onboard an American Airlines flight from Charlotte to Newport News this weekend.

He was reportedly being relocated as part of a wildlife conservation project. He was flying in the cabin like a regular passenger.

The baby kangaroo appears to be on board a Bombardier CRJ-900 jet operated by PSA Airlines.

PSA Airlines is a wholly-owned subsidiary of the American Airlines Group.

A post shared by AASTEWS Living Life In The Sky (@aastews)

The video shows the joey being lured down the aisle by a handler carrying a fleecy pouch.