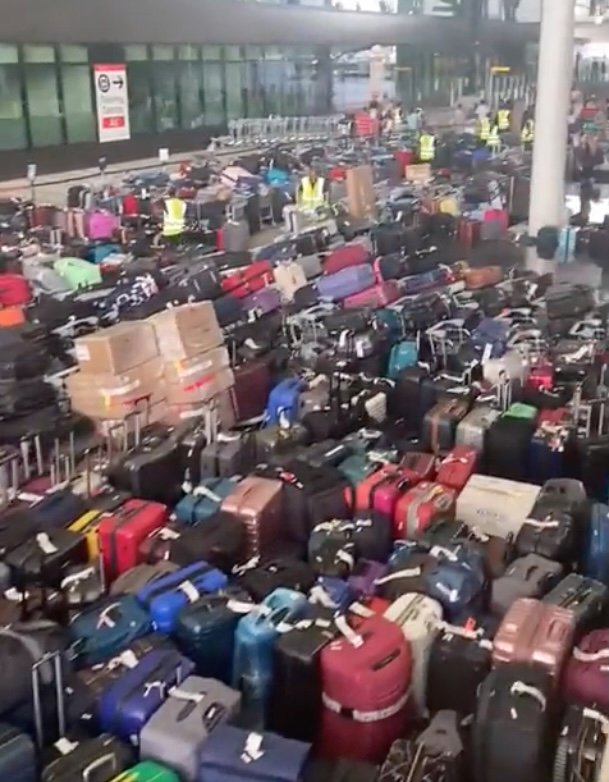 A sea of baggage has accumulated at Heathrow’s Terminal 2 after a technical malfunction left thousands of travellers separated from their bags.

Some outbound travellers were forced to take off without their suitcases while others have suffered significant delays at check-in, the airport said in a statement. Those arriving at T2 faced a two-hour wait to be reunited with their possessions.

A Heathrow spokeswoman apologised for the disruption, confirming the issue had been fixed.

“Earlier today there was a technical issue with the Terminal 2 baggage system which has now been resolved,” she said.