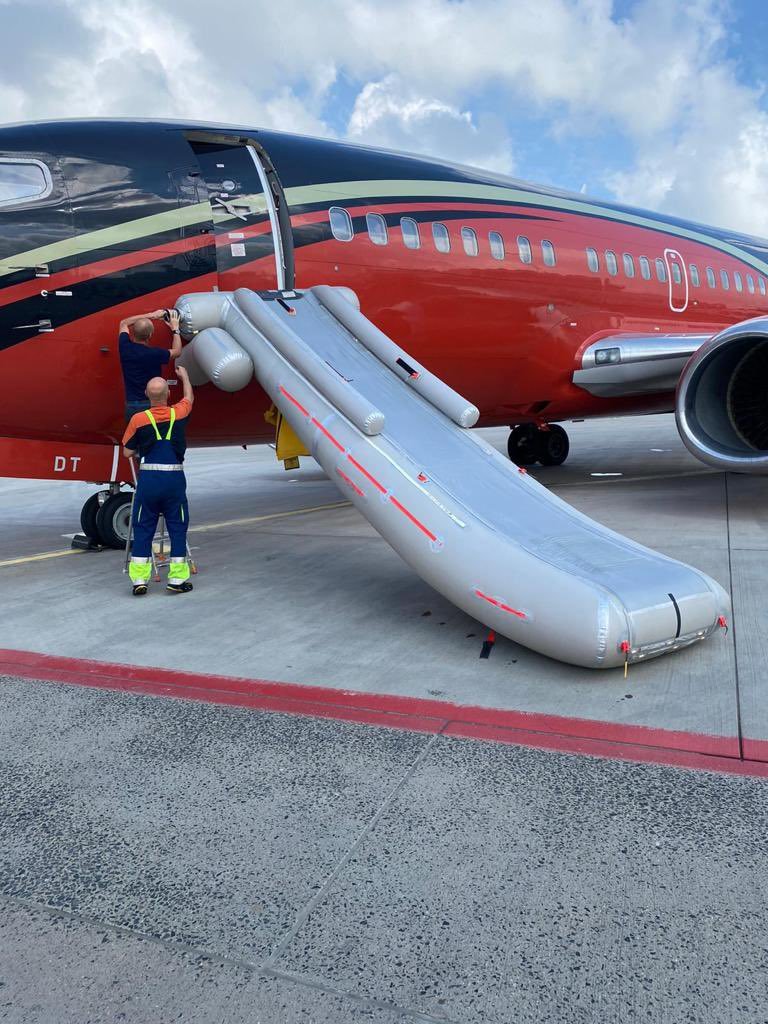 The aircraft, with registration LY-KDT, was supposed to fly the Czech National Team to Budapest ahead of their play-off match against the Netherlands.

The Czechs have now qualified for the quarterfinals, beating 2-0 to the Netherlands in the last-16 game on Sunday. They qualified into the last-16 as the third-best team in Group D.

The players were already on board the special plane on Saturday morning when the slide got deployed. They had to get off the plane, and they missed training in Budapest. Midfielder Alex Kral tweeted saying:

“I have experienced flight delays, relocations as well, even cancellations due to the coronavirus. But not to fly due to an accidentally inflated slide, this is the first time.”

The National team’s management was a bit more serious about the incident. In a statement, the team’s spokesman Petr Sedivy said:

“Due to technical problems on the plane, the Czech national football team will fly to Budapest in the afternoon.”