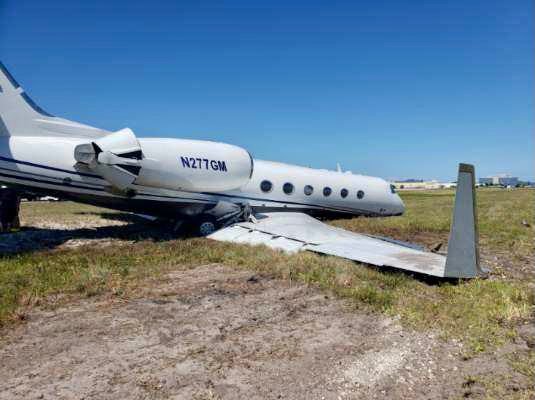 Boxing champ Gervonta Davis is unhurt after he was involved in a private plane landing gear crash at Fort Lauderdale Executive Airport on Saturday.

The Gulfstream G-IV plane aborted its takeoff out of the Fort Lauderdale Executive Airport after its landing gear had a malfunction while taking off shortly before 2 p.m, as reported by ESPN’s Michael Rothstein.

Along with 13 others, Davis were on board the plane while eventually suffered nose gear failure as it was heading down the runway. As a result of the failure, the crew lost control of the plane’s direction, and it ended off the runway.

Boxer Gervonta Davis, along with several other, were heading to Las Vegas on board the private. Everyone on board was fine, although one of them sustained minor injuries and was treated on-side.

After the incident, he said, “The plane crashed. The plane didn’t even take off.”

“It took off, but it didn’t take off. Oh my GOD. I’m good; it’s just that my ass is hot; I’m sitting on this hot-ass concrete.”

Boxer Gervonta Davis was aboard this private plane on Saturday.

Its nose gear collapsed as it was trying to take off from Ft. Lauderdale Executive Airport.

The ten passengers and four crew members were all able to walk away. pic.twitter.com/8veVXi5lxD

The incident will be investigated by the FAA.