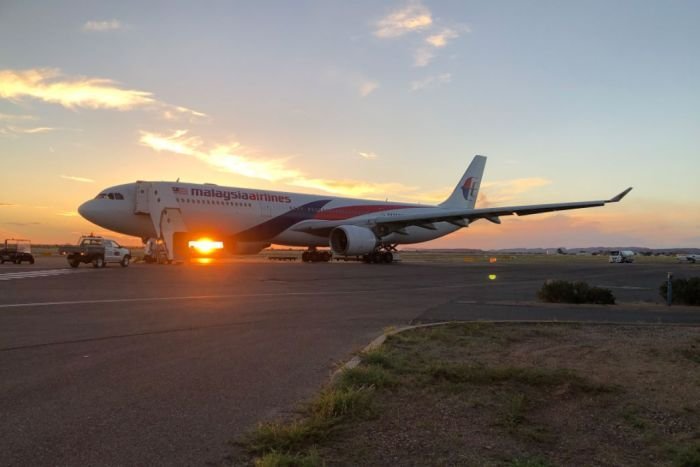 PHOTO: The flight was diverted to Alice Springs due to technical issues. (ABC News: Claire Campbell)

Flight MH-122 departed Sydney at 1.06pm and was en route to Kuala Lumper in Malaysia when the crew reported a problem with an engine. There were 224 passengers on board.

The Airbus A330-300 jet descended to 24,000 feet and diverted to Alice Springs where the jet landed was given assistance by the Aviation Rescue Fire Fighting team (ARFF).

The airline confirmed that the crew received a ‘indication’ in one of the engines which they reportedly then shut down. It was also reported that the aircraft was shacking.

The jet landed at 4.38pm and came to a safe stop on the runway where it was met by emergency crews.