BREAKING 10 dead after a Beechcraft BE350 has crashed into Hangar at Addison Airport, Texas 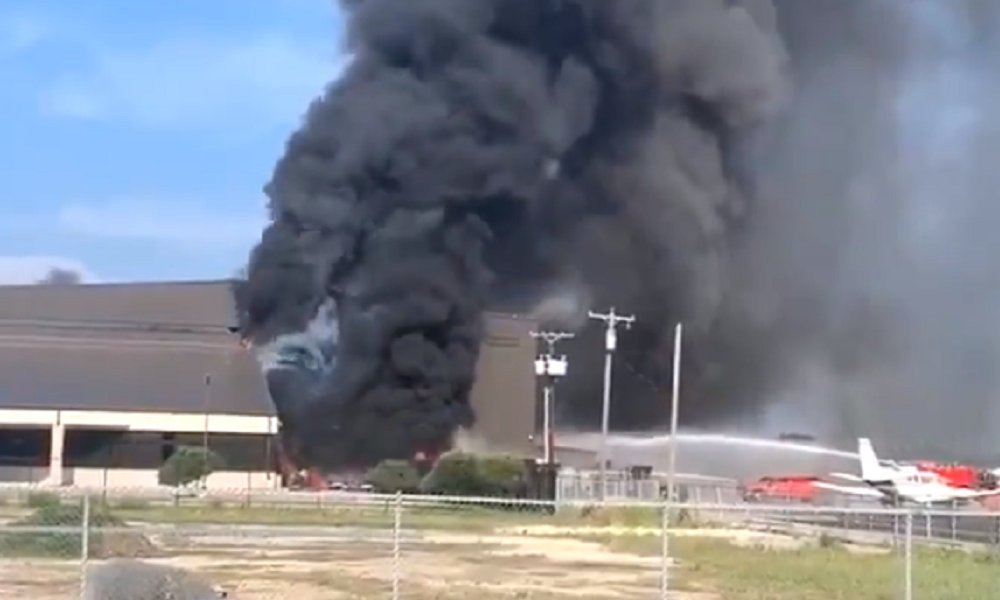 All 10 people aboard a plane that crashed into a hangar at Addison Airport Sunday morning have died, a town official says.

A twin-engine Beechcraft BE350 King Air crashed at 9:11 a.m. Sunday, according to an Addison Fire Department spokesperson.

The FAA said the plane had just taken off before it crashed into the hangar. There was no one inside the hangar at the time of the crash.

The aircraft was destroyed by the fire, according to a statement sent out by the FAA.

The airport was closed for about 45 minutes after the crash, but operations then resumed as usual.

The NTSB will be in charge of further investigations into this crash.