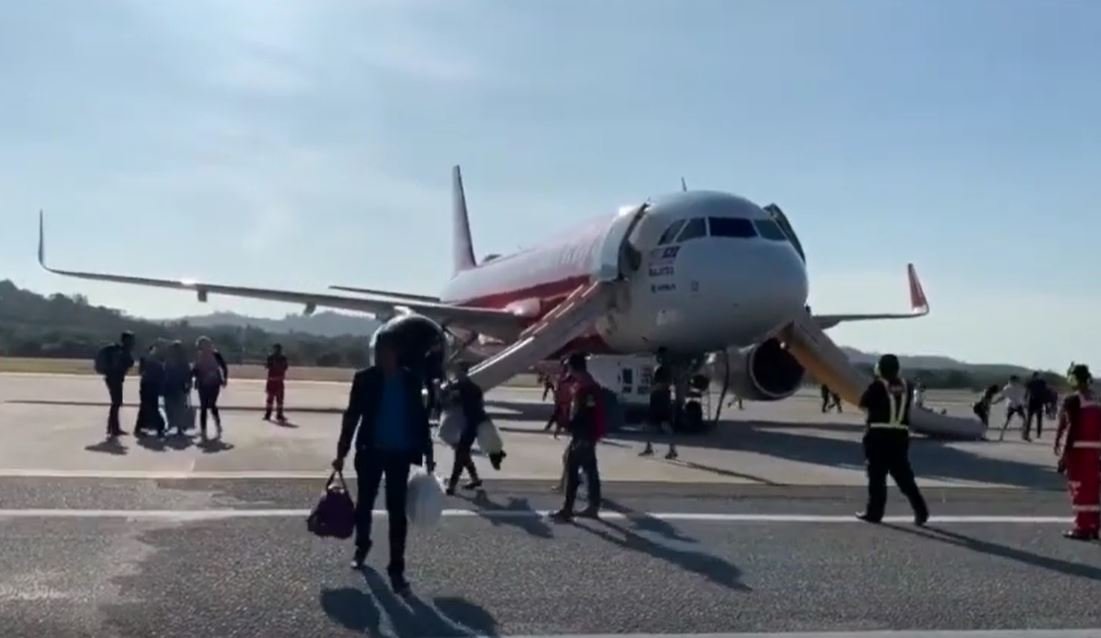 AirAsia flight #AK9327 returned to land back at Langkawi, Malaysia. An evacuation was carried out on the apron.

An AirAsia flight #AK9327 had to turn around and land shortly after leaving Langkawi International Airport (LTAL) when it encountered technical problems.

However, 151 passengers and five crew members were safe and no casualties were reported.

The incident was reported after a three-minute flight from LTAL to Kuala Lumpur International Airport 2 (klia2) at 9.17am.

Langkawi International Airport’s manager, Jefry Ramli, said Malaysia Airports received information on the aircraft which had technical problems at 9.20am.

“In the meantime, the Airport Fire and Rescue Service (AFRS) was ready with three engines to deal with any possibility,” he said when contacted.

Jefry said the plane was reported to have landed safely at 9.30am. After all the passengers left, the plane was escorted to the parking lot.