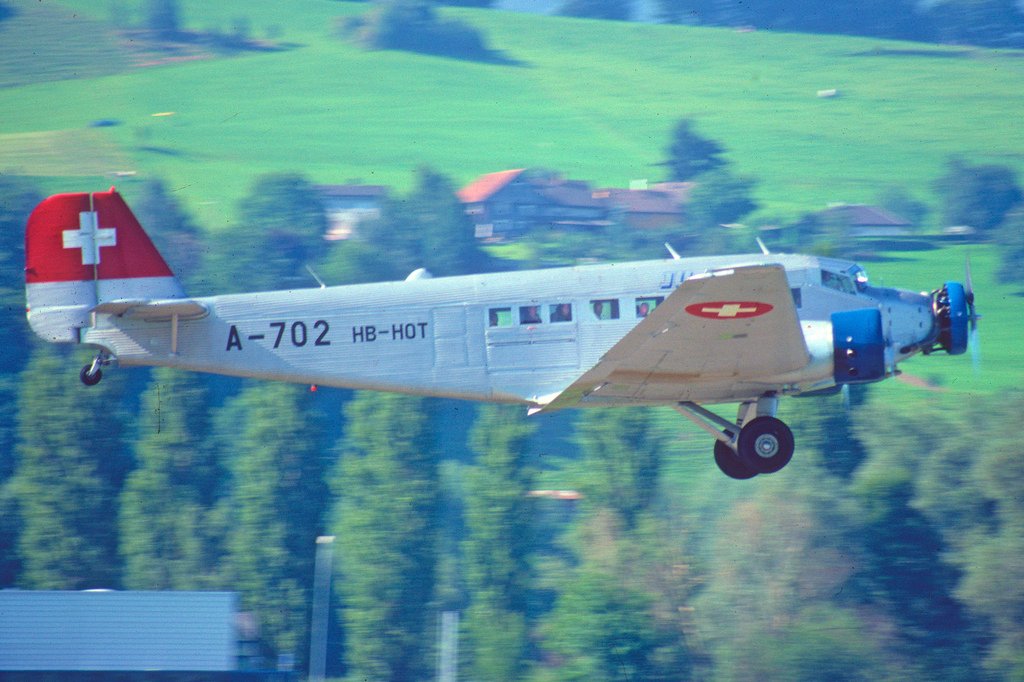 HB-HOT during a sightseeing flight in 1998. Photo: © Aero Icarus

The location of the wreck is reported to be at Piz Segnas, a mountain range in eastern Switzerland, at an altitude of more than 2,500 meters. Emergency crews are on scene using five helicopters and numerous ground vehicles.

There were 20 people on board, 17 passengers and three crew members. All of them have died in the crash.

The aircraft has the registration HB-HOT, it was built in 1939 and was first delivered to the Swiss Air Force. Ju-Air is operating it since 1982, mostly for sightseeing flights in Switzerland and central Europe. This Ju-52 is based at Dübendorf air field, not far from Zürich.

Earlier on Saturday, a Socata TB-10 crashed in central Switzerland, killing a family of four people, including two children. Making the Junkers crash the second serious air accident in Switzerland on one day.